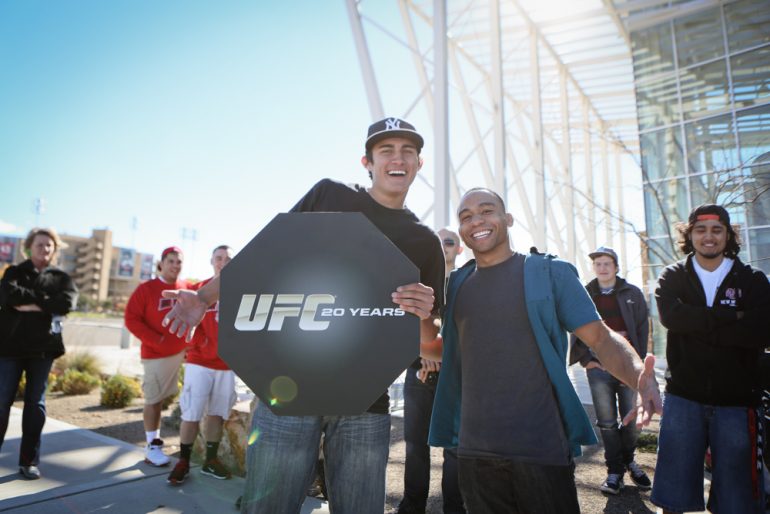 Earlier this afternoon, the Ultimate Fighting Championship (UFC) had a treasure hunt giveaway in Albuquerque and one lucky winner scored a very rare piece of UFC memorabilia.

At approximately 12:00 P.M., Ultimate Fighter winner and top Flyweight Contender John “The Magician” Dodson was on location at “The Pit” to greet fans who were following the UFC’s twitter handle. The treasure hunt is part of the promotion for the UFC’s 20-year anniversary celebration that is set to culminate on November 17th which will be the night of UFC 167 St. Pierre vs. Hendricks. 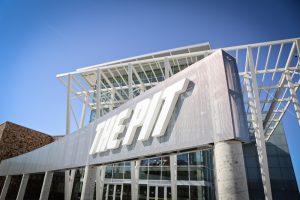 The Pit was the site of some afternoon fun. Fans had the chance to win the UFC Treasure Hunt and were greeted by John Dodson.

The UFC as many know kicked off with a bang back in 1993 as the one-of-a-kind hand-to-hand combat sports spectacle that put real life gladiators into the arena to duel in physical battle. On November 12th, 1993 the UFC was born and a true pioneer in the sport of MMA was introduced to the world in the form of Royce Gracie of the legendary Gracie Family.

In honor of the monumental event and anniversary, the UFC kicked off a press tour that included the “20 Days To UFC 167” schedule of events. Albuquerque was one of the lucky spots for the Twitter-based contest and the fans who showed up to The Pit were given a chance at several prizes.

Fan-favorite and the always comedic Dodson would make the noon-time meeting very memorable as he lined up the fans who arrived first in a battle to win the prize. Dodson led a game of “Ninja, Hunter, Bear” which is a modified version of the popular kids game, “Rock, Paper, Scissors”. After the grueling competition, Estevan Tafoya (Twitter handle @Este_van15).

The winner took home the “UFC 20 Years” ring card which was signed by John Dodson as well as a bag of goodies. It was a fun, impromptu afternoon of fun and excitement hosted by one of the best fighters in the world and one who is extremely down to earth and interactive with the community. 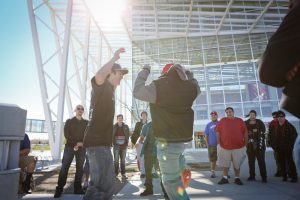 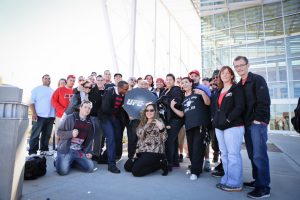 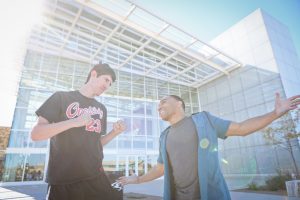 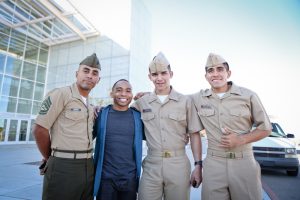