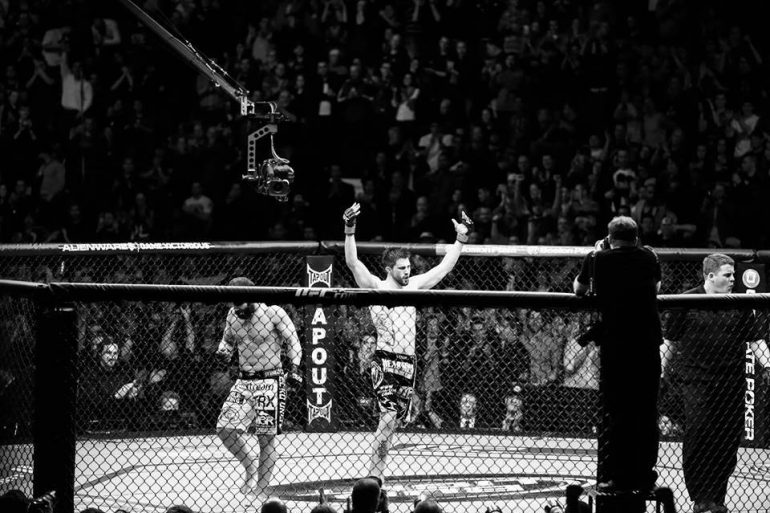 This past week, the Ultimate Fighting Championships put on two very quality shows one of which was free on Fox Sports 1 and the other a pay-per-view titled UFC 164. On both shows, more than a handful of fighters training out of Albuquerque’s Jackson-Winklejohn gym were in feature fights fighting for title contendership, divisional relevance and in some cases a UFC roster slot.

Headlining Wednesday’s Ultimate Fight Night 27, the “Natural Born Killer” Carlos Condit would be paired up with Martin Kampmann to avenge a 2009 loss in his promotional debut for the UFC. Joining him on the main card were teammates Donald Cerrone, Bubba McDaniel and Erik Perez. On Saturday night, UFC 164 featured Frank Mir facing off with Josh Barnett and Clay Guida paired with Chad Mendes. The event was headlined by a UFC Lightweight Title fight between Champion Ben Henderson and Challenger Anthony Pettis.

A common theme in these bouts over the week was the obvious notion that MMA is progressively changing all the time. You have to be talented in several facets of MMA and need to match the athleticism and innovative style that the new breed of MMA fighters possess. Heart and toughness aren’t skills that fighters can rely on anymore; the successful fighters come into their bouts improved every outing and are changing their looks inside the cage to keep it fresh. Chad Mendes used to be a powerhouse wrestler and now he has shown himself to be a devastating knockout artist. Even Rafael Dos Anjos showed in his bout with Donald Cerrone that he could be a boxer and a wrestler adding to his already dangerous Jiu Jitsu game. MMA has a very thin line drawn that deciphers between the elite fighters and really good fighters.