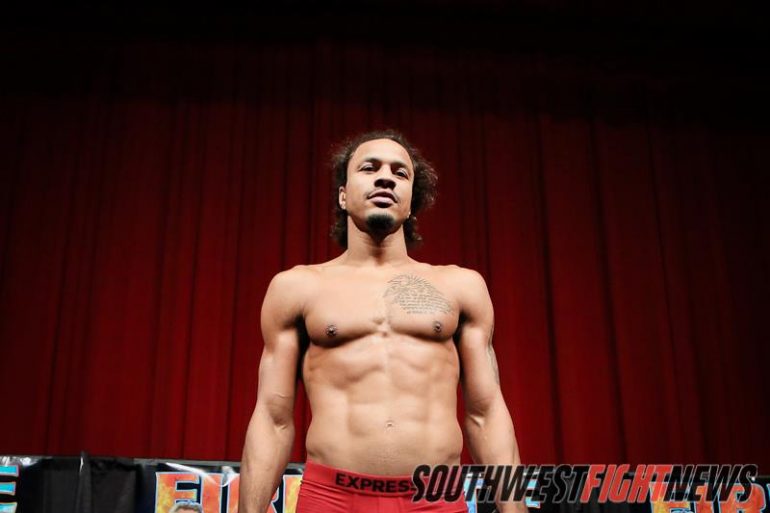 The first round of the super middleweight contest was controlled by Shabazz’s footwork, jabbing and volume punching. He easily outboxed Ruelas from the outside and out threw him two to one.

A more determined Ruelas appeared in the second. He closed in and nullified Shabazz’s five inch arm length advantage. Shabazz was able to hold him off momentarily with short shots but Ruelas would counter cleanly and force most of the action in the second.

The highlight of the round and the bout took places in form of huge exchange would take place in a neutral corner. Both men would forget about defense and trade hard shots back and forth for about 15 seconds.

As the fight continued Ruelas awkward head-bobbing would throw Shabazz timing off. Ruelas would steal the third in the final 45 seconds as Shabazz would slow down and tire.

In the final round Shabazz would work around the ring a little more, land sporadic hooks and counter well but would find himself in trouble as Ruelas did a great job of closing the distance.

A tough contest and SWFight.com candidate for Fight of the Year would go to the judges hands. Unanimously they would agree and award the fight to the hometown fight Ruelas 39-37.