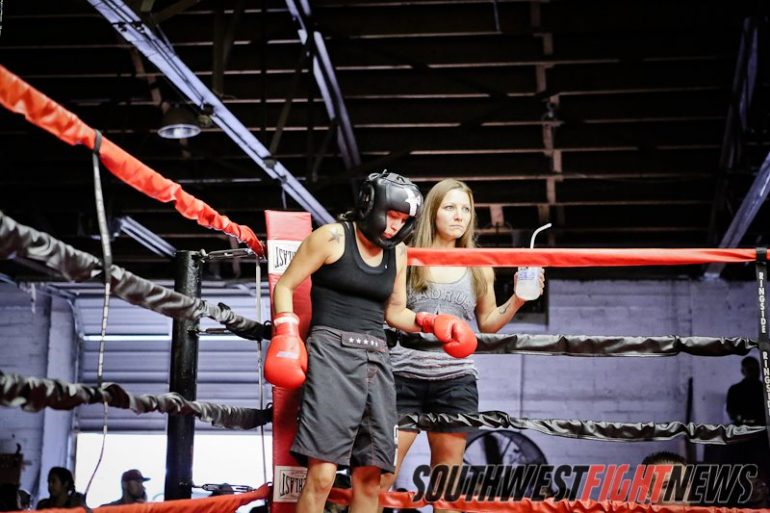 Fight fans of regional New Mexico MMA should always be in high expectations that the FIT NHB gym will be well represented at an in-state King of the Cage event. It has become tradition that when a fight card is released, it can be assumed that a healthy dosage of the downtown Albuquerque’s gym roster will be in participation. From Donald Sanchez to Frank Baca, Tim Means to Ray Borg; FIT NHB’s roster has utilized the King of the Cage as a stomping grounds for their fighters. On October 5th, King of the Cage “Future Legends 18” will be yet another card that carries this particular theme into their venue.

When the fights start inside The Crowne Plaza Hotel, there will be at least five scheduled bouts featuring FIT NHB fighters. Headlining the bunch is the very experienced Charlie Williams (5-2) who will be taking on Charlie Villegas (3-1) of Las Cruces. The two fighters are two of the three most experienced fighters participating on the evening’s fight card.

Williams is a well-round fighter who has two wins by submission, two wins by knockout and one by decision. A savvy technical fighter, Williams will be making his debut at bantamweight and in doing so will bring his power and grappling savviness to the cage as a much larger opponent for the 135-pound fighters. Williams was a former high school wrestler at Sandia and compliments that wrestling pedigree with an effective bottom game.

Joining Williams in representing FIT NHB will be Nikki Lowe (4-3) who is one of the more experienced amateurs in the WMMA ranks. Lowe has been in the cage with several notable fighters from the area including Lovato Total Fitness fighter Lynae Lovato. Lowe’s impressive talents have enabled her to win bouts by decision, submission and knockout making her a very dangerous fighter inside the cage. Many expected her to go pro after her last bout and another win here will almost guarantee a move to the pro level.

Also expected to compete representing FIT NHB is Rick Nader, Nathan Nieto and Sergio Gutierrez. Stay tuned to SWFight.com for more event coverage, bout breakdowns and analysis. We encourage fight fans to join us in sending our support to the FIT NHB fighters as well as the other scheduled competitors.