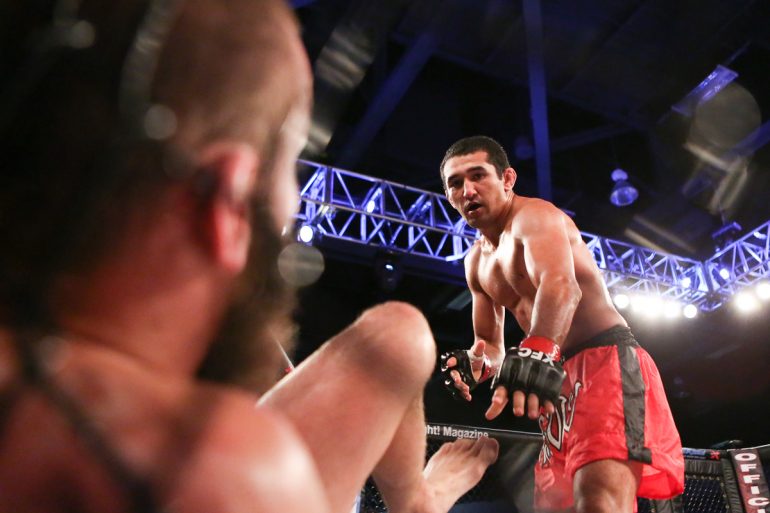 The Xtreme Fighting Championship (XFC) came to New Mexico for the very first time last night and the Florida base promotion got a glimpse of what New Mexico fight fans are all about. Albuquerque is debatably one of the “Mecca’s” of mixed martial arts. The area is a hot spot for some of the best fighters competing in mixed martial arts competition today. The truth is that with gyms like the Jackson-Winklejohn gym which is headed by world famous coaches Greg Jackson and Mike Winklejohn, the city is full of premier talent from within that gym as well as surrounding gyms. The area of Albuquerque and surrounding towns like Rio Rancho and Santa Fe have some of the most talented champions, prospects and veterans competing for small promotions like King of the Cage and top promotions like the UFC.

The XFC promotion is a promising company that has blossomed over the last year to really become one of the prominent shows traveling the country. New Mexico was the promotions first stop outside of the east coast and they brought with them a title fight and several bouts featuring the areas most popular fighters. One of the themes emerging from the evenings festivities was that XFC’s top guns John Prisco and T.J. Alcock really took the time to capture the small details of fight promotion. SWFight.com was grateful that the promotion featured our logo (as well as the LowBlow logo) on their cage. Those small details really make it enjoyable to work hard to aid the effort and support that goes into being members of the media.

As mentioned before, the preliminary fights stole the show despite the main cards being very solid. All in all, the XFC 25 event was entertaining and well coordinated. If the XFC chooses to come back to the area they are sure to have secured a fan base that will return for an encore show. Our local fighters fought well even though some didn’t return back home with a victory. Regardless, the event cemented itself a place in the legendary history of New Mexico MMA.