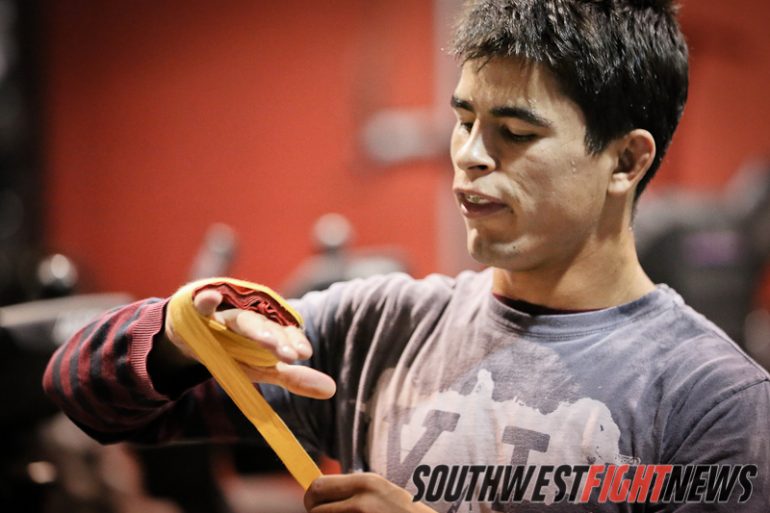 Bellator 105 has added another New Mexico local to the official fight card and local fight fans should gain some exciting buzz out of this announcement. FIT NHB’s Frank Baca (16-3) will return to the Bellator cage to take on a very tough opponent in Luis Alberto “Betao” Nogueira (15-3). The match up will be held in the 135-pound bantamweight division in a bout that has huge implications for the winner. The bout is expected to be a featured bout on the Bellator 105 fight card tentatively scheduled for October 25th to be held inside the Santa Ana Star Center in Rio Rancho, New Mexico.

Albuquerque’s own Frank Baca is a one-fight Bellator veteran who last saw cage action back in July where he was the first New Mexican fighter to enter into one of the Bellator tournaments in hopes of earning a big-time contract and chance at a title shot. Baca competed against the very tough Anthony Leone in a bantamweight semi-final match that saw Baca out strike Leone early and succumb to a submission late. The fight was Baca’s toughest since his war with Hawaiian top prospect Russell Doane. Despite the loss, Baca showed his proper placement in discussions of New Mexico’s top fighters.

Before the setback, Baca had reeled off eleven wins in twelve fights and had captured promotional gold under the King of the Cage banner. Equipped with very powerful punches, quick kicks and offensively efficient wrestling; Baca is a well-rounded mixed martial artist who can win the fight in just about every area inside the cage. He is expected to fall back on each of those aspects when he goes to battle with Nogueira.

Renovacao Fight Team’s Nogueira will bring elite talent from Rio de Janeiro, Brazil in the form of fifteen wins to only three losses. Of the fifteen wins, Nogueira has used positional excellence to win seven times by decision and twice by submission. “Betao” has big time wins over Olympian Alex Villa and Hiroshi Nakamura and lost two very close bouts to Ed West, Marcos Galvao and Bellator Champion Eduardo Dantas. Nogueira’s wrestling based grappling is a handful for his opponents and his desire to gain top control may very well play to the key component of this bout.

Baca on paper should enjoy a striking advantage while Nogueira may look to push the ground game. Those two aspects may be the deciding factors in the bout as the fighter who implements their gameplan most soundly may find themselves in the best position to win the bout. Stay tuned to SWFight.com for more Bellator 105 coverage, bout breakdowns and analysis.