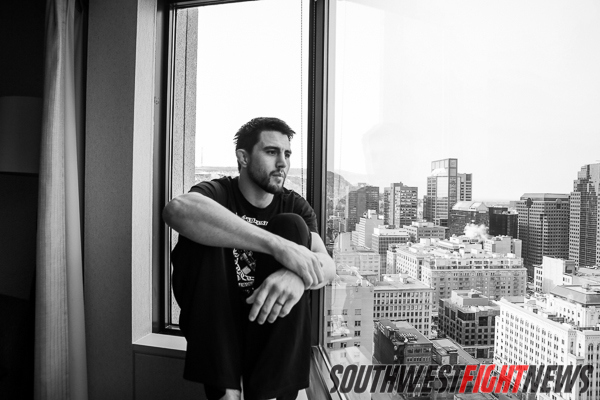 Tonight on Fox Sports 1, the UFC will broadcast their SECOND show for the blossoming television network. The show will be labeled once again as “Fight Night”; which was the label for several years acting as the free event series complimenting the monthly Pay-Per-View shows. Over FOUR years ago, Albuquerque’s Carlos Condit headlined Fight Night 19 against Dutch kickboxer Martin Kampmann. The fight would be the FIRST of Condit’s UFC career and now in retrospect the fight was only a brief taste of what would end up being a spectacular career within the UFC’s brightest lights.

52 months and SEVEN fights later, the “Natural Born Killer” Carlos Condit will once again headline the Fight Night event and will do so once again squaring off with Martin Kampmann. In the spirit of support, SWFight.com would like to share some very interesting and detailed statistics heading into this bout.

28 – Career wins for Carlos Condit, 93% of which have been knockout or submission victories.

20 – Career wins for opponent Martin Kampmann, 75% of which have ended via submission or knockout.

15 – Consecutive rounds Condit has fought without a finish which is the longest span of his career. Condit has not boded well when seeing the Judge’s scorecards only winning TWO of SIX career fights that have went the distance.

559/256 – Wins and losses tallied up totaling all of Condit’s career opponents. He has had only ONE rematch prior to tonight’s match up in the span of an ELEVEN year career (Carlo Prater) and has fought opponents ranging from records possessing ZERO wins and more than FORTY wins.

7 – Career losses for Condit who never been stopped by strikes. Condit has been submitted THREE times in his career though those losses occurred over SEVEN years ago.

2006 – That was the year Condit fought in the ONE-night 185-pound tournament in Hawaii that was loaded with notable moments. Condit very nearly met up with Anderson Silva in the finals; however Anderson Silva lost to Okami via DQ and Jake Shields would defeat Okami.

Heading into his feature bout over TWO years ago with Don Hyun Kim, Condit had just won his FIRST Knockout of the Night bonus when he became the FIRST and only man to ever knockout Dan Hardy. Kim had ZERO career losses until Condit would capture his SECOND knockout bonus.

It took TWO months for Condit to capture the WEC title from his debut fight Kyle Jensen in January of 2007 to his title victory over John Alessio in March. Condit defended that title THREE times in a span of SEVENTEEN months.

During his career, Condit has gone on EIGHT fight win streaks TWICE. He has notable wins over Rory MacDonald, Jake Ellenberger and Nick Diaz. Amongst his notable losses, Condit has been defeated by Georges St. Pierre, Jake Shields and Pat Healy. Impressively, Condit has been on quite a run despite the losses suffered in his last TWO outings. Condit has fought the #1, #2, #4, #6, #7 and #8 ranked fighters in his last EIGHT outings. If viewed in retrospect, opponents Kim and Hardy were also ranked within the top TEN as well.

Stay tuned to SWFight.com for more Carlos Condit coverage, weigh in results and fight updates. Please join us in sending the Condit team the best of wishes today and tomorrow, as well as their travels back to Albuquerque.