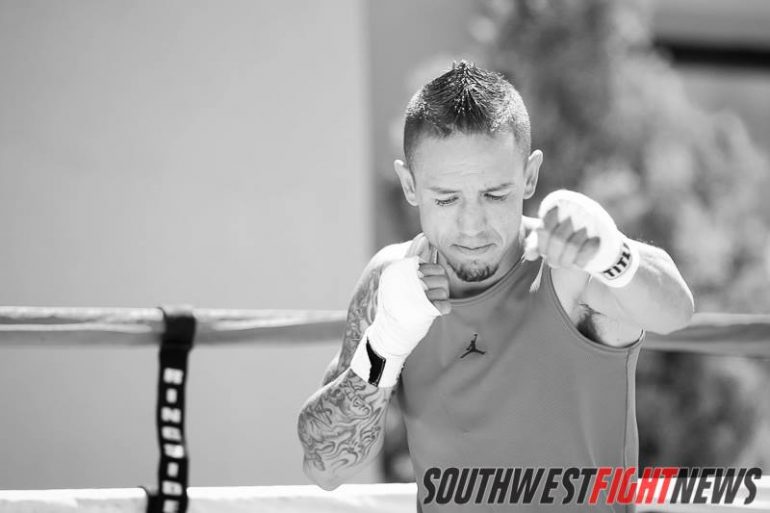 When the upcoming September 6th Holmes Productions boxing card was first announced in mid-June there was a high level of excitement as a minor WBC belt would be on the line. That title fight was set to pin Tony Valdez (7-3-3, 7KOs) against undefeated Texan Luis Yanez (7-0-1) for the latters WBC United States (USNBC) Super Flyweight title.

After the fight was announced a gruesome exchange via Facebook would take places between Valdez and Yanez. Supporters of both would rally and comment on the feed to defend their fighters. The attention online further fueled the frenzy for the title fight.

Fast forward almost two months later; The WBC United States (USNBC) Super Flyweight title is vacant and Yanez has is nowhere to be found on the fight card or online.

According, to promoter Patrick Holmes Sr., Yanez and his camp refused to come to terms with simple contractional agreements. “It’s almost as if they changed their mind completely about fighting Tony,” said Holmes.

To further add to the mystery according to Valdez, Yanez has changed his name online and eventually pull out of the card for unspecified reasons; this left Valdez opponentless in a main event.

“I thought it was cowardly from all the trash he talked,” says Valdez.

Valdez who made his professional debut as a 20-year-old in 2001 says he is not a fan of the younger generation’s ways of calling opponents out.

“Back when I was at that age it was just ‘let’s fight’ and we’d fight, we didn’t have Facebook,” says the now 31-year-old Valdez.  “These youngsters, they talk a lot of shit and I’m really not one for talking trash. I’m really not that good at it. I’ll let my hands do the talking.”

On the other side answering that fistic call to now face Valdez on the September 6th Buffalo Thunder boxing card main event will be San Antonio, Texas’ Felipe Castaneda (8-4-1, 3KOs).

Tickets to the card can be purchased by visiting http://holmesproductions.net/

Check out our interview with Valdez who shares his thoughts on Luis Yanez, training with the Holmes family, and his new oppoenent for the Buffalo Thunder card.