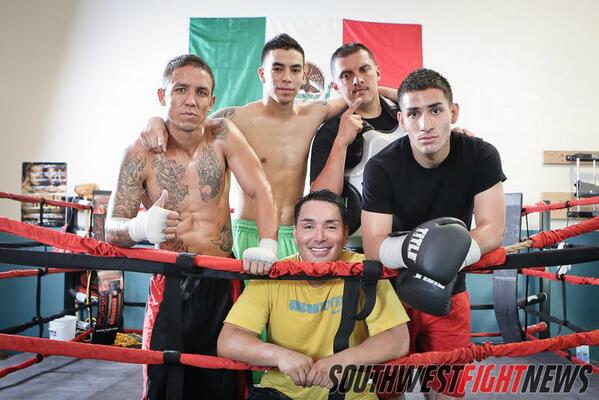 Holmes Boxing will hold a press conference inside the Buffalo Thunder Resort & Casino this Friday at 2pm to formally announce the September 6th card that will also be held at the resort.

The card was expected to feature a big local super flyweight contest between New Mexico’s Tony Valdez and undefeated Texan Luis Yanez. According to promoter Pat Holmes, Yanez and his team have backed out of discussions for the match that was to take place for the WBC United States (USNBC) Super Flyweight title.

Valdez will still be featured on the card and will be joined by teammates Brandon Holmes who made his debut earlier this year in Santa Fe on an ESPN Friday Night Fights card, and Patrick Holmes Jr. who will be making his professional debut.

The full fight card will be announced this Friday at the press conference. The media and the public are welcome to attend.

Below is the expected Holmes Boxing Buffalo Thunder card (the full fight card will be announced Friday):

Albuquerque will be well represented at Legacy 23 on September 13th