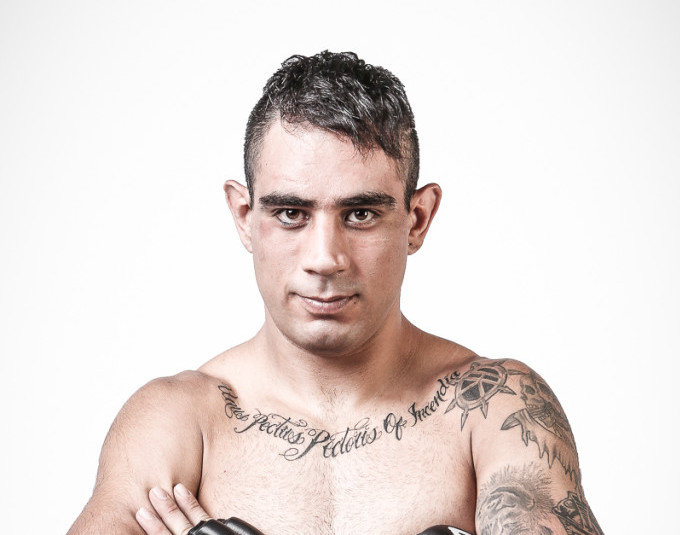 When Augusto Montaño (12-1) enters the cage this Saturday night at the Jackson’s MMA Series XI event at the Tingley Coliseum, fight fans should expect the “Dodger” to leave a lasting impression in his middleweight bout against Jason Clayton (7-3). While Clayton isn’t a pushover by any stretch of the word, Montaño is one of the most talented prospects to compete under the JMMAS banner.

Bringing his talents from the Bonebreakers Team in Mexico’s Federal District, Montaño is one of Mexico’s top rated prospects. 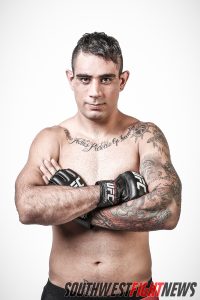 Representing the Jackson-Winklejohn camp, “Dodger” has been a professional since 2008. In that timeframe he has spent the last five years submitting and knocking opponents out. He has seen a judge’s decision once in his career which marks his lone career loss and in twelve victories; Montaño has finished every single fight. In ten of those twelve bouts, the fight has failed to reach the second round.

8th Street Gym representative Jason Clayton has worked the Grand Junction, Colorado regional scene impressively racking up seven wins in two years as a professional. Prior to that, Clayton was an undefeated amateur fighter finishing each amateur opponent before the two-minute mark of the first round. His record shows diversity; Clayton has finished fights by way of submission, knockout and judge’s decision.

Ending nearly a full year of inactivity, Mexico’s Montaño is looking to add on to a three fight win streak that has amounted to less than four minutes inside a cage and resulted in three technical knockouts. “Dodger” is a combination puncher that likes to throw punches from the hip which tends to land at unique angles. Lead uppercuts and low angled hooks are Montaño’s “go-to” strikes in most of his bouts and he likes to throw the flying knee. In addition, Montaño’s leg kicks land with a thud and often land with significance, throwing his opponents out of their stance and off balance. The kicks are thrown in more of a swinging motion that really put Montaño’s weight into the landing which generates power when attacking both the inside and outside of opponent’s legs.

Bringing into the cage a versatile skill set; Clayton has had a very busy 2013. In an eight month span dating back to January, Clayton has fought five times which amounts for more than half of his professional career. Going 3-2 in that span, Clayton has seen mixed results during his active run. He will be the fresher fighter when he meets up with Montaño and his durability and strength may be the advantage points.

Clayton is an imposing figure in the middleweight division and his strength from inside the clinch and in top position on the ground overwhelms an opponent which then opens up the door for submissions. When he doesn’t earn the finish, his style of fighting is favorable in decisions as Clayton’s pressure offense scores points. His durability is extremely important in this bout as well as Clayton can endure a brawl and in doing so may outlast a fighter in Montaño who traditionally likes to end his fights early.

The fight should be interesting as both fighters aren’t necessarily alike but they aren’t opposite in skills either. Both fighters are extremely tough and will look to impose offensively their will on the other. The fight may come down to whether or not Clayton can halt Montaño’s pressure offense. Montaño’s leg kicks wear fighters down and his punches smother making it difficult for a fighter to find a rhythm. Clayton’s style is exhausting as well and can lead to fighters gassing out in the later rounds.

Stay tuned to SWFight.com for more event coverage, fight breakdowns and analysis. As always we encourage the local New Mexico MMA fans to make their way down to cheer on the hard-working athletes competing this weekend. The Jackson’s MMA Series XI will be live inside Tingley Coliseum on Saturday evening, August 10th.

Tickets can be purchased at the following link http://holdmyticket.com/event/134891