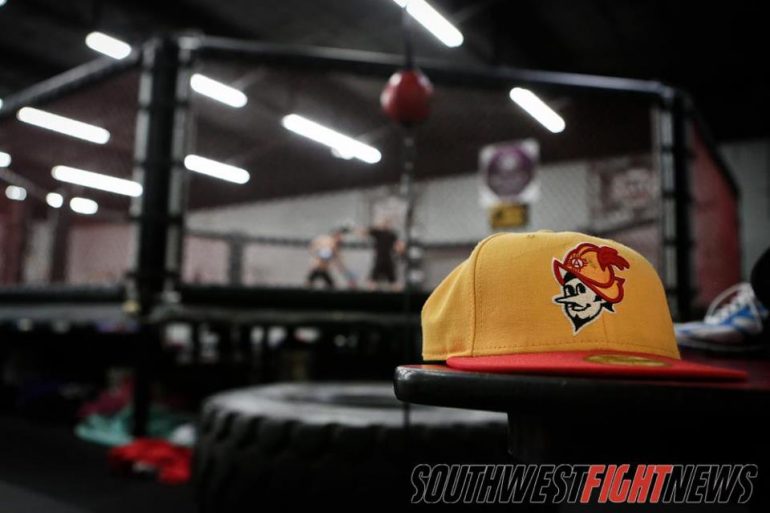 Tomorrow night, the Ultimate Fighting Championships will continue to resurrect the “Fight Night” series with their second broadcast on new Fox Sports 1 network. Two weeks ago, UFC Fight Night 26 took place featuring Chael Sonnen and “Shogun” Rua. This show will be the 27th edition in the series and the will continue the rebuilding of the series that had been last seen in 2011. For the second showing on Fox Sports 1, four fighters training out of Albuquerque’s Jackson-Winklejohn gym will be front and center on the main portion of the highly anticipated event.

Headlining the event, Carlos Condit will be looking to avenge his first UFC loss when he faces off with Martin Kampmann. The two squared off back in 2009 in what was Condit’s UFC debut. The fight was extremely close and many to this day feel like Condit won two of the three rounds. Tomorrow night, Condit will have five rounds to redeem himself and propel his name back into title contention in the Welterweight division.

Serving as the co-main event headliner, Donald Cerrone will look to build off of his last successful performance when he takes on the red-hot Rafael Dos Anjos in a Lightweight duel. Dos Anjos has racked up four consecutive victories and the winner of the bout likely will find themselves in a contender bout.

Bantamweight standout Erik Perez will look to continue his rise amongst the ranks as he battles former WEC title contender Takeya Mizugaki. Perez is not only one of the UFC’s hottest prospects; he is also of Mexican descent which makes him extremely marketable as the UFC continues their pursuit of breaking in to the Mexican region. Perez undoubtedly will have his hands full as Mizugaki has been in the cage with some of the sport’s premier fighters.

Rounding out the New Mexico representation is Bubba McDaniel fighting in a Middleweight bout. The Texas native will be taking on a very talented Brad Tavares who has won four of his last five fights. McDaniel is an Ultimate Fighter veteran with one UFC win under his belt.

SWFight.com in the interest of keeping the locals fans on point while they are watching their locals compete on the national stage has compiled four key components to watch for tomorrow night. With four fighters on the fight card, one component will be for each fighter.

The fight with Kampmann is a rematch from over four years ago and the fight resulted in a split decision loss for the “Natural Born Killer”. The fight would be razor close as many believed Condit’s offensive skill set should’ve earned him the first two rounds in the three round contest.

If there is one thing that we can take from that fight was that Kampmann really took advantage of Condit’s less than stellar takedown defense. Despite having an actively efficient guard game, Condit would give up points late when Kampmann was able to take him to the mat.

Condit has made vast improvements and has progressed as a martial artist since their first meeting and I would be very intrigued as to what the game plan of Kampmann will be. Condit’s takedown defense has improved and so has his striking; the striking was already favorable to Condit the first go-round and if Kampmann hasn’t worked diligently on his striking defense then this could be a short night for the Dutchmen.

The style mismatch is the intrigue in the bout with Cerrone and Rafael Dos Anjos. In the career of “Cowboy” he has only suffered defeat when the opponent really gets in his face with pressure. Whether it was Nate Diaz and his high volume strikes or Ben Henderson’s all-around smothering offense; Cerrone does best when he is the aggressor.

Dos Anjos defeated the very talented striker Anthony Njokuani last year and Njokuani and Cerrone have some similarities. If Dos Anjos works the same type of game plan which he chooses to look to make the fight more grappling based, we will see how effective Cerrone is on the ground against a Jiu Jitsu ace.

Should Cerrone keep the fight standing, he should be rangier and should be able to pick Dos Anjos apart from his own range. This fight should come down to who implements their game plan the best as both fighters may look to do the opposite to one another.

If you are a fighter competing at 135-pounds and possess knockout power, you are always at an advantage inside the Octagon. Erik “Goyito” Perez has fight ending power and he utilizes in it extremely devastating fashion. He attacks the body with power and will find his target for the knockout strike with precision and devastation.

To add, Perez has won most of his bouts via submission making him dangerous anywhere the fight goes when inside the Octagon. His vicious 17-second finish of Ken Stone and slick armbar finish of John Albert show the broad spectrum of which Perez can end the night.

Mizugaki is a battle tested veteran who has been inside the cage with Urijah Faber, Scott Jorgensen and Brian Bowles. None of which were able to knockout the very tough Japanese fighter. The intrigue in this bout is if the blue chip prospect in Perez is able to continue his impressive streak against a very formidable and difficult to put away fighter in Mizugaki.

One of the Ultimate Fighter’s most experienced competitors; McDaniel entered the show with well over twenty professional fights in more than a dozen promotions. From EliteXC to Bellator and King of the Cage to Legacy FC; McDaniel had been one of the more battle tested fighters to enter the UFC through the reality show.

Sixteen of twenty-one career wins for McDaniel has come via submission and impressively after twenty-seven career fights he has seen one set of Judge’s scorecards. The 95% finishing rate is amongst the best in the sport and he will put that to the test when he faces off with Brad Tavares who has lost once in eleven career bouts.

The interest in this bout is how McDaniel will handle the grinding ability of Tavares; a fighter who has taken home unanimous decision wins in his last three bouts. The length of McDaniel could play a huge factor in this one as the veteran will have to rely on cardio should Tavares push the fight into deep waters.

Stay tuned fight fans for SWFight.com’s event results tomorrow night and more event coverage. Join us in sending the support of our area to the four fighters who are fighting for progression on each fighter’s respective divisional ladder.