Ticket Sales One of Many Ways to Support Local Fighters 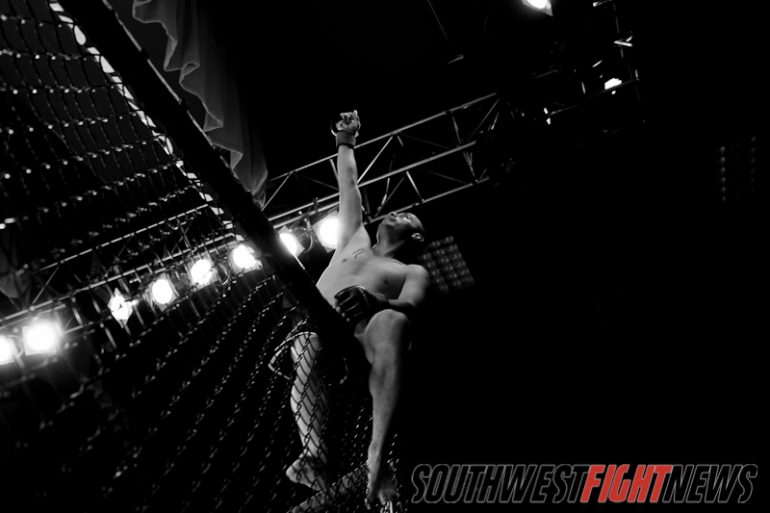 As is the case with nearly every profession, individuals must work from the bottom and strenuously dedicate the time and energy to progress and make it to the top. Combat sports is not the exception, in order to get to the elite level where the pay grade is higher then one must start making minimal money fighting in small shows.

The pay scale in MMA is one of the most often discussed topics among the media, fighters and hardcore fans. ESPN and other top media sites report the earnings of boxers like Floyd Mayweather and Manny Pacquiao ranging between 20-50 million dollars for just a fight purse. That isn’t taking into consideration win bonuses, PPV (pay-per-view) bonuses or sponsorship money. With that sort of money floating around in the boxing world, it raises eyebrows to fans when the top stars in the UFC are only reportedly making in the hundreds of thousands. The disclosed fight purse for the Champion in MMA within the same weight class of Mayweather was a mere 250,000 dollars.

With the pay scale in combat sports uneven between the most two popular outlets, boxing and MMA it is easy to see how much is at stake for MMA fighters when they are progressing through their careers. Fight purses are not pure profit for fighters, as they accrue plenty of expenses along their path towards each fight. Paying coaches and trainers, gym costs and the upkeep of nutritional health with supplements all add up at the end of training camps. Some fighters have publicly stated that the “take home” money is anywhere between 30-60% of their fight purse.

Which is why it is so important for fight fans to rally in support of their local athletes in every way possible.

In order to reach the pinnacle of MMA and capture the pay grade to really benefit from the hard work put into the sport, fighters start in their respective region scene and work towards bigger and bigger fights. The sport of MMA moves slightly faster than boxing as fighters may find immense success before a tenth pro fight in comparison to boxing prospects that emerge after 15-20 fights.

There is one way for our local MMA community to stand behind our fighters in support is to stay current with local events. When local events feature our local fighters they often include an incentive in fight contracts that allow the individual fighter to sell tickets for the event and earn a percentage of the ticket sales. With fight purses ranging in the hundreds or low thousands, any sort of extra incentive money is huge to fighters who train and compete as a full time job.

Local promotions who allow this incentive also benefit from local ticket sales as the more profit they earn for the shows, the more willing and able they are too put on more shows. The domino effect continues as more MMA shows mean more opportunities for our locals to have consistent income.

A fighter selling tickets has the opportunity to supplement and compliment his income which brings more opportunity to train more, train with better conditions and travel to new areas to expand their training. With the combination of ticket sales, solid turnouts at local shows and success in their fighting careers, fighters develop the marketability to earn the attention of businesses to earn sponsorship money. The fight business is a rough one and for all the entertainment the fighters give back to fight fans, buying tickets to an event we are already going too from our local favorite fighters is a simple but very essential way to support the MMA scene.

As a staff, SWFight.com works very vigorously to help the athletes, coaches and gyms of our area to gain exposure. We hope that everyone of the combat sport community sends their support in all sorts of methods. Whether it be buying tickets to the event or helping share articles to add into the exposure, SWFight.com thanks you for that support as we understand that we all want the best for the regional scene to expand and progress.