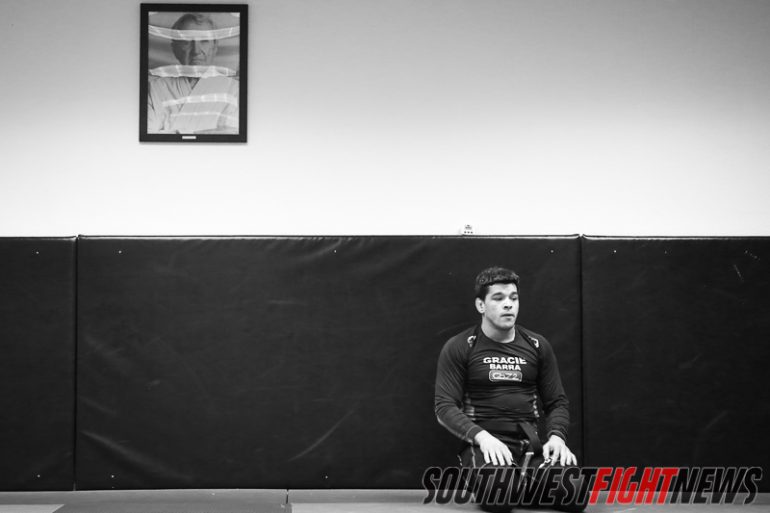 Albuquerque has a hidden gem flying under the radar of most while being heavily respected by many. Gracie Barra’s Roberto “Tussa” Camargo de Alencar is quietly one of the most successful Brazilian Jiu Jitsu competitors in the world and he is housed right here in one of the richest combat sports cultured towns, Albuquerque.

With lineage directly linked to the grappling icon Carlos Gracie Sr., Tussa is a Black Belt under Carlinhos Gracie who has followed in the footsteps of the legendary Gracie family by becoming an elite level and highly successful Jiu Jitsu ace. Fighting in the Peso Pesado and Super Pesado (207 pounds-Heavyweight) weight classes, Tussa has an extensive list of accolades.

In terms of style, Tussa is very agile and deceptively quick for a heavier competitor. Despite his size, Tussa’s most notable signature move is one that is usually utilized most by lighter weight grapplers. Tussa’s flying triangle chokes are infamous and his strength is highly respected in the Jiu Jitsu community. With his combination of speed and strength mixed with his mobility to pull of just about any maneuver, Tussa is one of the most dangerous competitors competing in Jiu Jitsu today.

[…] Have a look at this article on Professor Roberto -http://swfight.com/2013/07/10/one-of-jiu-jitsus-premier-talents-roberto-tussa-alencar-is-a-hidden-ge… […]