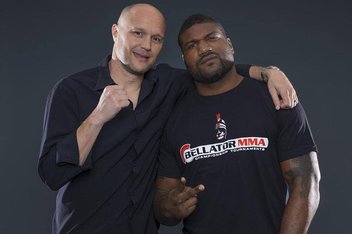 Fans attending Bellator 97 card at the Santa Ana Star Center are in for a treat: a meet and greet with Bellator MMA’s Quinton ‘Rampage’ Jackson is scheduled to take place at the venue from 03:30pm-04:30pm.

Tonight at the Santa Star Center in Rio Rancho, New Mexico during the televised portion of Bellator 97 the promotion is expected to announce Jackson’s first bout which Bellator CEO

Tickets for tonight’s stacked Bellator 97 card can be purchased at http://www.comcasttix.com/events/page/southwest/Santa+Ana+Star+Center/Bellator+MMA/.
Doors open at 3pm.