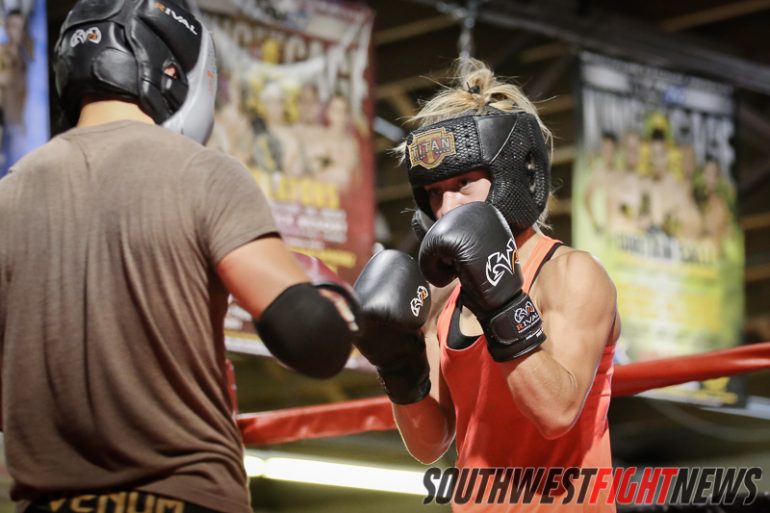 Tomorrow’s Unified Women’s Pro MMA Rankings will have a new New Mexican fighter ranked in the top 5 of a weightclass. It appears that FIT NHB’s Amber Brown (3-1) has impressed the ratings panel enough with this past weekend’s huge win over one of the top 105 pounders in the world Kikuyo Ishikawa, that she is now ranked fifth in the world in the atomweight division.

Brown’s victory over Ishikawa at Pancrase 250 – 2013 Neo-Blood Tournament Finals in Japan via armbar in the third round is even more impressive when you find out she took it on short notice.

The win also put Brown in our SWFight.com Upset of the Year category.