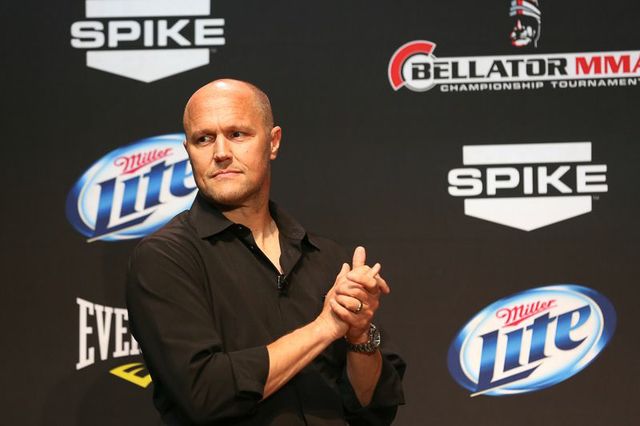 Yesterday after the Bellator 97 Weigh Ins at The Stage inside the Santa Ana Star Casino we caught up with Bellator CEO Bjorn Rebney. In our interview with Rebney he was able to confirm that Bellator MMA will return to New Mexico again in 2013. (Other Bellator representatives that they are aiming for a New Mexico show in October).

Something he did not share with us was information over a potential and much talked about Rampage Jackson vs. Roy Jones Jr. boxing match supposedly in the looms for Bellator first Pay Per View at the end of the year(which is rumored to officially be announced tonight).

Tickets for tonight’s fights can be purchased at http://www.comcasttix.com/events/page/southwest/Santa+Ana+Star+Center/Bellator+MMA/

Check out our interview with Bellator CEO Bjorn Rebney