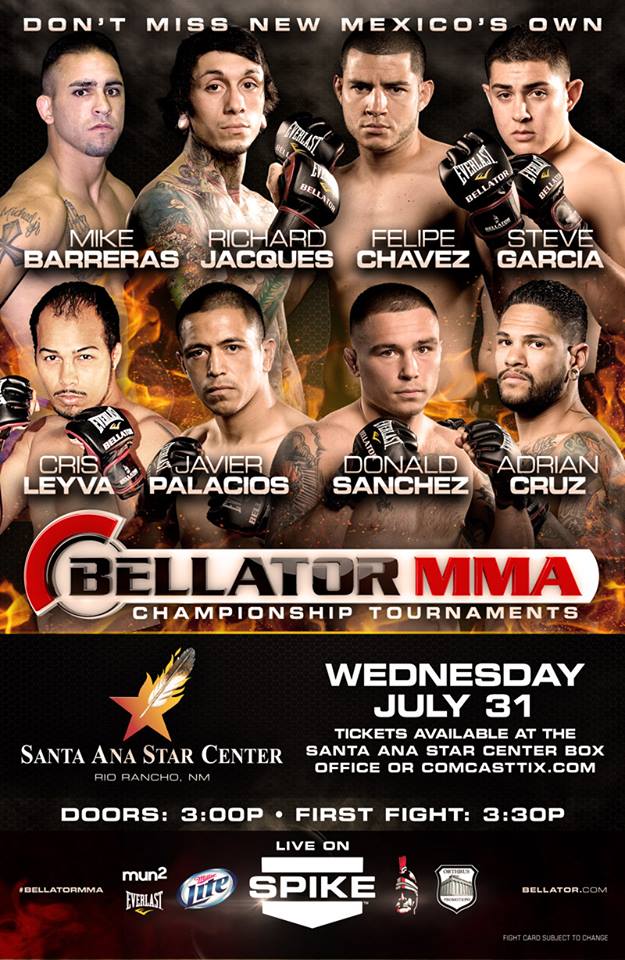 A press conference will be held by Orthrus Promotions, Tuesday July 9th at 2pm at the Crowne Plaza Hotel in Albuquerque, New Mexico to officially announce the local fighters scheduled to make up the undercard for Bellator 97 which will take place at the Santa Ana Star Center, Wednesday July 31st in Rio Rancho, NM.

Six additional bouts featuring local MMA fighters will also be announced for the “Bellator MMA” card. The card is also one the most loaded in New Mexico MMA history featuring two Bellator championship contest as Michael Chandler (11-0) defends his lightweight title against David Rickels (14-1) in the main event and Ben Askren (11-0) looks to make the fourth defense of the welterweight crown against Andrey Koreshkov (13-0) in a battle of unbeatens.

Tickets to Bellator 97 start at $25.00, and are on sale now at www.ComcastTix.com, Bellator.com or by visiting The Santa Ana Star Center box office.