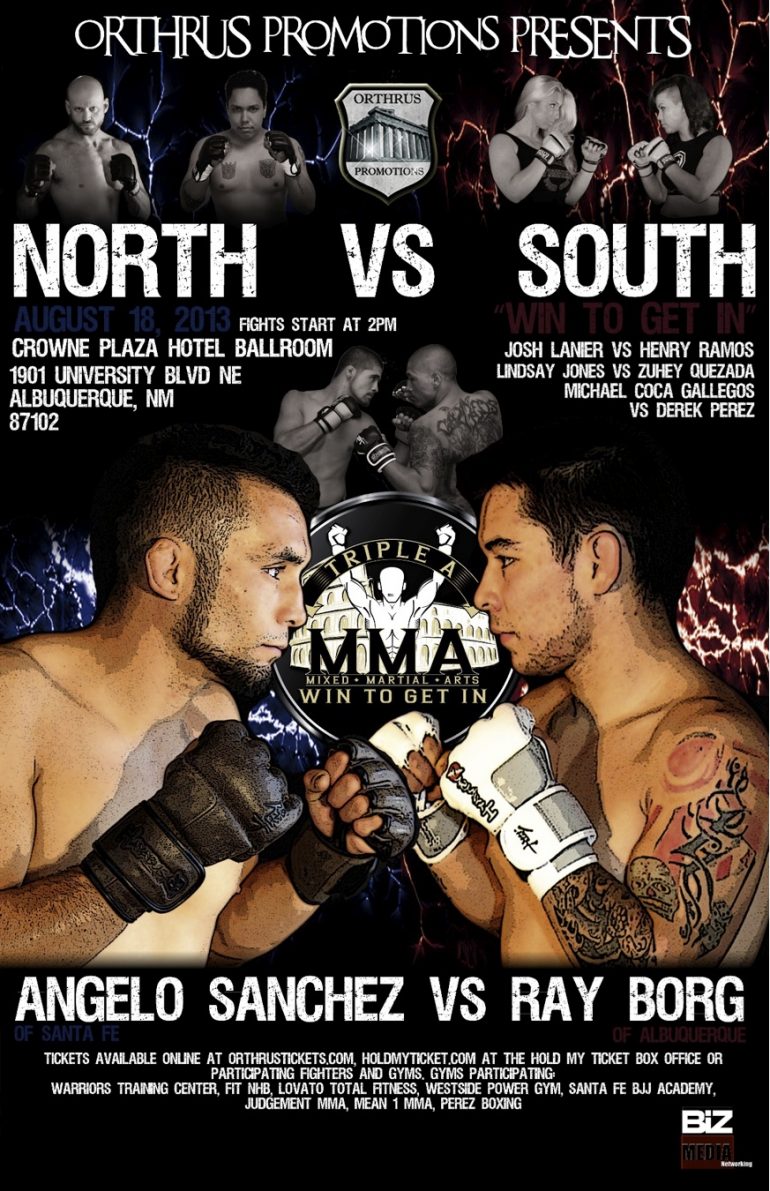 "North vs. South" was the breakout moment for Borg as he dominated a larger and vastly more experienced opponent in Angelo Sanchez.

The already loaded New Mexico Mixed Martial Arts summer just got another card added to it as Triple -A-MMA will host its second “Win To Get In” event Sunday August 18th at the Crowne Plaza Hotel in Albuquerque, New Mexico. The card features King of the Cage veteran Angelo Sanchez (12-3) of Pojoaque against Albuquerque’s Ray Borg (3-0) in a bantamweight contest.

A total of 11 fights will compile the card with 10 different gyms being represented on this “North vs South Win To Get In” event.

The winners of past “Win To Get In” matches in past have gone on to be added to the last and upcoming respective Bellator cards in New Mexico.

Tickets, can be purchased by visiting www.OrthrusTickets.com or  www.holdmyticket.com. As we have in the past, we encourage you to get tickets from any participating fighter/gym.

[…] titled “North vs. South”. Borg was marketing as the “South” fighter and he would compete against the “North” side fighter Angelo Sanchez. This was notable for several reasons including the fight being the first headlining act of […]