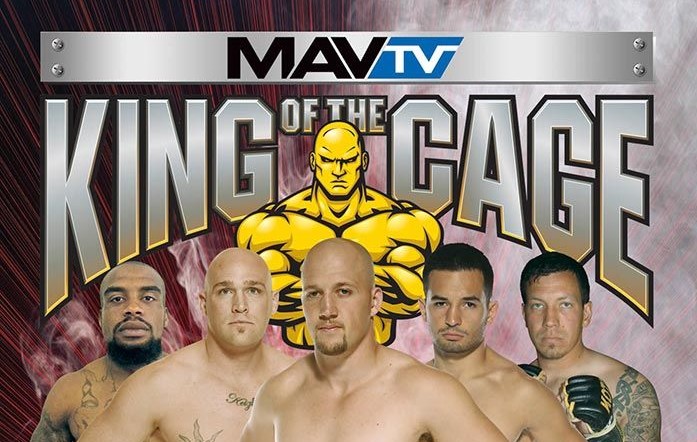 On Saturday night, the King of the Cage Heavyweight title comes back to New Mexico.

June 22nd will mark the first fight of 2013 for King of the Cage within our state lines and it will be bringing a solid professional main card of fights titled “East vs. West”. Headlining the event, New Mexico’s Cody East (6-1) will challenge Utah’s Nick “Leatherface” Rossborough (22-16) for the promotions heavyweight title.

The King of the Cage Heavyweight division has some history within New Mexico which includes the inaugural fight that awarded Bobby Hoffman the title of first ever KOTC Heavyweight Championshipship when he defeated Jason Godsey in 2003 on the KOTC 21: Invasion fight card. The title has been contested for in New Mexico several times, most recently in 2010 when KOTC: Imminent Danger went down in Mescalero inside the Inn of the Mountain Gods. Eventual Strikeforce Champion and current UFC fighter Daniel Cormier defeated Tony Johnson to capture the title.

Coming back to this weekend, the title will once again be up for grabs within the confines of the rich-cultured New Mexico. Current Champion Nick Rossborough defeated Tony Lopez for the title this past April. The current challenger East, had his chance at capturing promotion gold last year losing via TKO to Lopez. Not only will this bout be a chance at redemption but it will also be an interesting formation of MMA fight triangle. East lost to Lopez, who then lost to Rossborough and will now come back to East having a chance to claim the title.

East is listed as an Independent fighter which usually tends to imply that he doesn’t have a specific gym he calls home 100% of the time and instead spends time at several different places. Brother of Tyler East, the “Freight Train” has six career victories as a professional and each time he has won via knockout or submission. Outside of a 2011 Shark Fights event, East has fought exclusively under the King of the Cage banner where he has gone 5-1 with a title fight in 2012.

Since the title fight loss, East has gone 3-0 with three first round stoppages. In his three bouts, he has only seen six minutes of cage time as he has made quick work of his opponents. Through his domination, East has earned his second title shot this time against Rossborough, who has shown throughout his 38-fight career that he is not easy to knockout. Since his debut in 2004, “Leatherface” has only succumbed to strikes once. If this is any indication towards the upcoming bout, East will have to take Rossborough to deep waters to outlast him.

East is considered an impressive physical specimen; he has an imposing physique and looks for his punches to be knockout delivering blows. Rossborough enters the bout in complete style contrast as he has shown his tendency to win fights via submission. In 22-career fights, Rossborough has accumulated 13-submission victories. His marquee career win was when he captured the title from Lopez and adding the name of East on the résumé will solidify a solid regional circuit career.

If the fighters résumés speak as to how the bout will play out then it should be favorable for East if the fighter goes into the second and third round as Rossborough has lost most of his fights by decision or submission. This has the potential to be a good fight as we can expect Rossborough to hunt a takedown to get on top of the powerful East and on the other end, expect East to attempt to keep the fight standing where he can wear out the heavyweight champion.

Stay tuned to SWFight.com this week for more “East vs. West” coverage, fight breakdowns and analysis. We also will be live inside the Sunshine Theater bringing you live coverage as it happens on June 22nd. We encourage fight fans to come out on Saturday night to support our local hard working athletes!