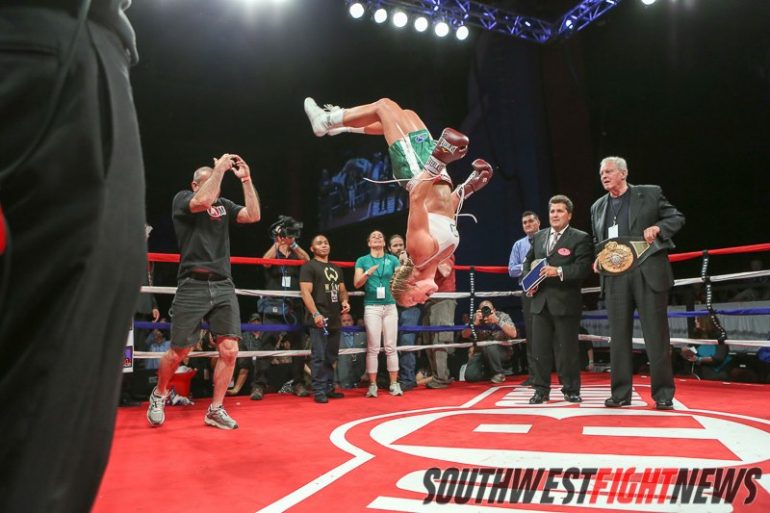 After her unanimous decision victory over Mary McGee, Holly Holm joined us to reflect on her final boxing match and to discuss the loaded 135lb women’s mixed martial arts (WMMA) class she will be joining. Holm also talks about how instrumental her teammate Julie Kedzie has and will be in her future in WMMA. Holm admits that she has a lot to work on before taking on UFC Women’s Bantamweight champion Ronda Rousey  but is looking forward to the tough division.

With Holm’s departure, for the first time since 2004, New Mexico will be left without a boxing world champion. The only combat sports world champion in the state is Michelle Waterson (Invicta atomweight).