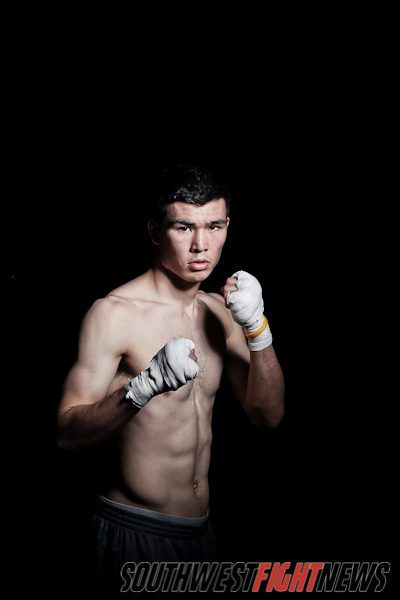 A pair of undefeated fighters will square off in the ring July 12th in  Las Vegas, Nevada as El Paso’s Abraham Han (19-0, 12KOs) will face New Jersey’s Glen Tapia (18-0, 10KOs). The bout between the two undefeated Top Rank promoted fighters will take place at the light middleweight limit of 154lbs and is expected to air on ESPN2 Friday Night Fights.

The drop back down to light middleweight for Han, who has fought his last three fights at middleweight is a surprising one. Last year he was diagnosed with high blood pressure and is the primary reason he moved up to middleweight.

The July contest marks the first time that the 23-year-old Tapia, will have fought an undefeated fighter. A victory for either man immediately rises their stock as a legitimate prospect in the light middleweight division, a weight class that currently does not have a Top Rank signed champion.

“We’ve been waiting for a shot,” says Han’s trainer Louie Burke, who also trains former WBA Super Welterweight champion Austin Trout. “This is a big fight for ‘Abie’ and were excited about it.”

Brian Mendoza Moves On To Quarterfinals of 2013 National Golden Gloves