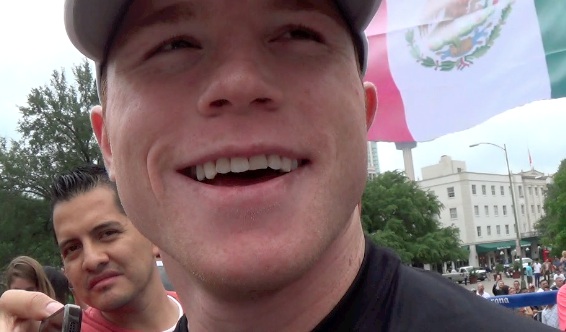 Saul Canelo Alvarez spent nearly an hour answering questions today at his and Austin Trout’s media day which took place outside of the Alamo in San Antonio, Texas. Alvarez believes that speed will be the key factor to this fight. He also admits to not being a very good fighter in sparring sessions. When asked about Trout’s lefthand Alvarez responded that he is very get at adapting in the ring.

On Thursday the final press conference for the Saul Canelo Alvarez vs. Austin Trout contest will be held at 1pm in downtown San Antonio with the official weigh in taking place at Market Square in San Antonio at 2pm. The weigh in is open to the public

Check out part of Alvarez answers at media day, translated for those of you bilingually impaired.