New Mexico has a strong showing at TUF 18 Tryouts 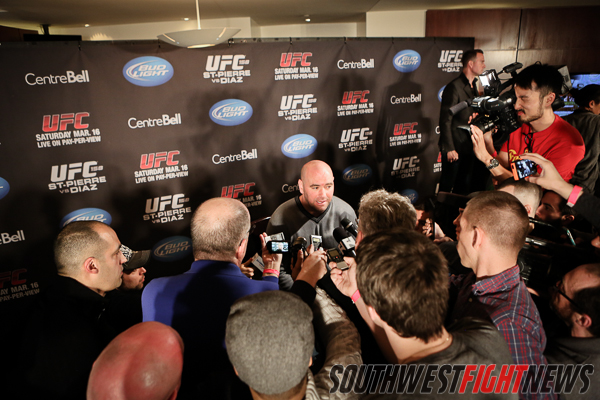 With the latest season of the UFC’s “The Ultimate Fighter” concluding this past weekend, fight fans can now look forward to the eighteenth season of the reality television show on FX. The last season featured Light-Heavyweight Champion Jon Jones as a head coach and Bubba McDaniel as a contestant competing for Team Jones. While Bubba would not win the show, he would win his first fight for the UFC this past Saturday picking up an impressive submission win over Gilbert Smith.

With the rich MMA culture in New Mexico, it shouldn’t come as a surprise to New Mexico MMA fans that we will have several of our very own trying out for the newest season. This season will uniquely feature both men and women, both competing at 135-pounds. The coaches for this next season will be current Champion Ronda Rousey and freshly announced top contender Cat Zingano. It will be the first time that the Ultimate Fighter features women as well as having women head coaches.

Vying for the opportunity to be part of history will be two women representing the Jackson-Winklejohn camp and one from FIT NHB. Norma Center (1-0 pro, 5-0 amateur) will look to get in the mix as she will fight ten pounds heavier then her normal weight. Joining her will be teammate Tara LaRosa (21-3) who may be the most experienced WMMA fighter trying out for the show.

FIT NHB’s Brenda Gonzales (4-0) may have the most momentum heading into tryouts as she has won four straight including a title victory for the King of the Cage promotion. Coming out of a very strong camp, Gonzales like her Albuquerque counterparts will be competing one weight class higher then her normal 125-pound weight class.

On the men’s side of the bantamweight division, Jackson-Winklejohn’s will continue to pour out their talent into the show. Maybe most notable is Nick Urso (5-1) who is amongst the top prospects in the flyweight division. His speed and wrestling, matched with his crisp striking will make him an instant favorite much like his teammate John Dodson a few seasons ago.

Joining Urso, teammates Matt Leyva (9-3) and Justin Hickey (7-3) will both make the trip to the TUF tryouts. The two may be more effectively equipped as they are two locals who actually compete at the 135-pound weight division. A very notable name many may recognize as the brother of UFC fighter Cub Swanson, Steve “Little” Swanson (10-1) is also joining in on the fun making for more then a handful of Jackson-Winklejohn fighters looking to get on the historical 18th season of the show.

Making up the other half of the duo representing FIT NHB, Frank Baca (16-2) will put his talent to the test hoping to join teammate Tim Means as the second FIT NHB fighter to compete in the UFC. Baca brings strong wrestling, technical striking and loads of experience and has been long considered one of the finest talents on our New Mexico regional scene.

Rounding up the locals attempting to represent New Mexico in TUF 18 will be Brazilian Jiu Jitsu World Champion and top 125-pound prospect Rafael “Barata” de Freitas (6-0-1). The flashy and speedy de Freitas looks to join his fellow Albuquerque trained fighters in the ranks of the newest cast and will definitely be one to watch for as he will bring in world class grappling into a show that tends to house loads of wrestlers. Joining “Barata” in representing Gracie Barra is Sammy Silva (0-0). While Silva is heading in a bit of an unknown, he has experience on the regional scene and will come in as a larger fighting, competing as heavy as a 155-pound lightweight.

The group of New Mexico fighters will be going through the tryout process April 18th, which is later this week and SWFight.com encourages our local fight fans to show their support and cheer them on in their ambitions to take that first step into the UFC. Stay tuned for more updates and news as it becomes available and we can almost guarantee that in a couple of months we will have several locals to root for on the show each week.