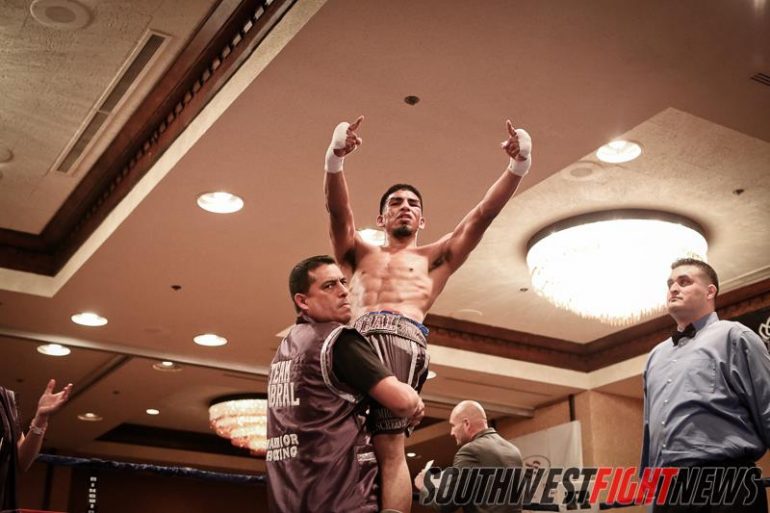 After his impressive victory over Donald Sanchez (2-1,1KO) Saturday night at Johnny Tapia Presents: The Next Chapter 3, Cristian Cabral (5-0-1,3KOs) said he wants to face Matthew Baca (2-1, 2KOs) May 11th on the Frequez Productions: Holly Holm vs. Mary McGee undercard. The Baca camp, Cabral said, had issued a challenge to him weeks before this weekend’s bout. Baca, who suffered the first loss of his career Friday night to Yorden Hernandez (3-0, 1KO) at Warehouse Rumble 3, is scheduled to face an unnamed opponent on the May 11th.

Cabral’s trainer Ray Zamora is already thinking past Baca and is interested in having his fighter take on top New Mexico welterweight Josh Torres (11-2-1,5KOs). Torres is coming off a Friday night TKO victory against Jose Luis Sanchez and is riding a career best four-fight winning streak.