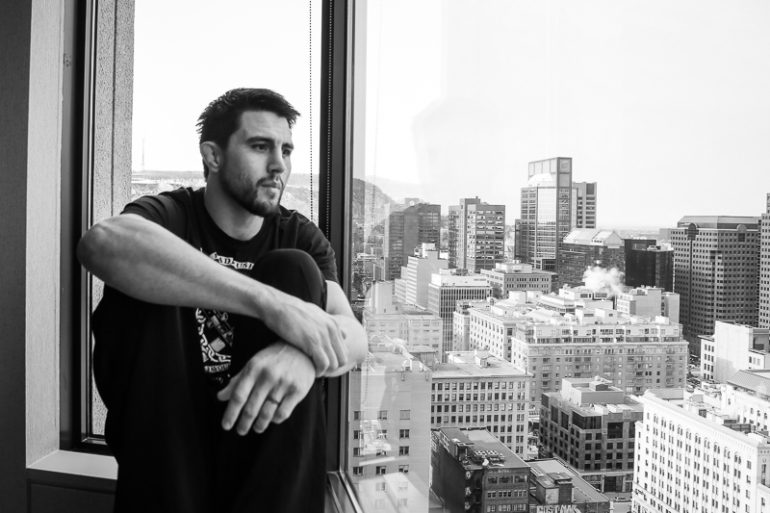 It seems that every elite level fighter competing against the best the sport has to offer at some point finds themselves in a difficult scenario. Fighters succumb to losses, losing streaks and bad performances. A top level contender can fall into irrelevancy very quickly in this fast paced sport of MMA. That is why fighters have to be constantly improving to be best equipped to find success in each of their match ups. Right now, one Albuquerque fighter is staring right at a two fight losing streak, losing to both of the top fighters currently in his division.

Former Interim Welterweight Champion Carlos Condit (28-7) found himself on the losing end of a valiant effort to dethrone division kingpin Georges St. Pierre. While Condit would push St. Pierre to levels the champ had not seen in years, he would lose a unanimous decision in a fight where St. Pierre’s pace and takedowns were too much for Condit’s pressure and aggressiveness. While he was no longer the number one contender, people knew it wouldn’t be long before Condit got himself into a top contender fight against a top flight opponent.

That opponent would end being Rory MacDonald and the fight was to take place at UFC 158. The fight would be a rematch as well as a grudge match as there was some animosity between Condit and MacDonald coming in form of some back and forth trash talk through the media after their first fight. Condit would win that first fight by way of referee stoppage when Condit stood over MacDonald landing brutal ground and pound. It was discussed by many as a controversial stoppage because there was only ten seconds left in the final round in a fight that was arguably two rounds to one in favor of MacDonald.

Condit would look to cement that win with a second win over the top talent in MacDonald at UFC 158 on the undercard of a show featuring Nick Diaz and Georges St. Pierre. However, the injury bug would strike and MacDonald was pulled from the card. In his place, hard hitting knockout artist Johny Hendricks was paired with Condit and deemed a number one contender bout.

Condit would lose a second consecutive fight and would place Condit into a very vulnerable position. Suddenly an ironic scenario had begun to pan out; Condit is in danger of falling off the divisional ladder as well as being aligned with several top fighters for possible match ups, all of which Condit has fought in the past. With that, SWFight.com looks into five possible opponents for Condit for his upcoming bout.

This is most likely the UFC’s logical choice for the next opponent for Condit although rumors have swirled that MacDonald will be fighting Jake Ellenberger next. It was already scheduled to happen until an injury scratched MacDonald from UFC 158 and the fight still has significance.

MacDonald is on a four fight win streak since losing to Condit and in that run includes a complete dismantling of the legendary B.J. Penn on network television. The very strong grappler and powerful punching MacDonald gave Condit all he could handle at UFC 115 back in June of 2010. Not only was Condit in big trouble on the scorecards heading into a third round but he was in danger of being stopped by the younger, explosive Canadian top prospect.

The two also carry with them some “bad blood” towards one another that was derived from MacDonald calling Condit out after the Penn fight. It would mark the third straight wrestling oriented fighter that Condit is paired with which could work either way in terms of it benefiting Condit. Condit could have learned plenty from being beneath the positional dominance of St. Pierre and strength of the takedowns of Hendricks and use that nex experience to negate MacDonald’s smothering grappling.

The danger lays in that Condit’s aggressive style and “finish the fight” mentality has always been a weak point in leaving himself susceptible to lose rounds to grapplers. This would be a big fight not only for Condit and MacDonald but for the promotion as it involves two high profile fighters who have a back story that is extremely marketable to drive fan interest.

This is clearly the most marketable of any possible match up and Condit/Diaz II can surely headline an event. It is no secret that Diaz was unhappy with the game plan Condit implored, a strategy that had some fight fans clamoring for more offense from the “Natural Born Killer”.

Back at UFC 143, the two battled for the right to be the Interim Champion and sign their name on a future match up with Georges St. Pierre. After five rounds of action, Condit won a narrow decision that arguably could have been scored either way and he would get a chance to fight St. Pierre for the title months later.

Stylistically this fight is favorable for Condit being that Condit already bested Diaz in the stand up where the California fighter is most efficient. There is no doubt Diaz would be more prepared to counter the high volume kicking arsenal of Condit and the fight very well could be a “Fight of the Year” candidate.

In terms of division relevance this fight makes the most sense as both top contenders are coming off of a loss and ironically both lost to Johny Hendricks. The fight would feature two very hungry fighters with everything to lose against one another. Kampmann may be one of the most interesting match ups for Condit and a rematch comes with a possibility of redemption.

Back in April of 2009 at a UFC “Fight Night” event, the Dutch kickboxer welcomed Condit into the UFC during the transition of the WEC being absorbed into the UFC. The fight wan named “Fight of the Night” and was a “Fight of the Year” candidate for that year. The two stood toe to toe for fifteen minutes in a fight that could have gone either way as both fighters equally found success against the other during the three round fight. Kampmann spoiled the WEC Champion’s debut and won a razor thin split decision over Condit.

This is another quality match up that could easily headline a show on FX or FUEL TV and will feature two fighters who love the striking game and will battle until the very end. While it doesn’t hold as much merit as beating one of the contenders listed above, Condit has expressed his interest in avenging the loss against Kampmann.

This may be the least compelling while it may in fact be the best stylistic match up of any of the rematches. Remarkably, this fight joins a long list of Condit fights that have been deemed “Fight of the Year” candidates and even more remarkable was this was the second of 2009 to be considered as such. At UFC Fight Night 19, the two Welterweights met up in what ended up an epic clash.

Ellenberger had Condit reeling early, dropping the Albuquerque native multiple times and very nearly stopping the fight. If it hadn’t been for the recovering ability and fighter instinct Condit possessed, the fight would have certainly been stopped. After surviving the initial onslaught, Condit would battle back and would be awarded a very close split decision victory.

Ellenberger is coming off of a highlight reel win over Nate Marquadt and may get a number one contender bout possibly rumored against Rory MacDonald but regardless this rematch remains on the table and if the first fight was any indication of how the two match up it would definitely be a fan pleasing match up.

When Rory MacDonald pulled out of the UFC 158 fight with Condit several opponents names came to mind as replacements. It wasn’t until Johny Hendricks signed to fight Condit that it was rumored that Strikeforce Welterweight Champion Tarec Saffiedine had declined to be matched up as a late replacement.

The pairing could still make sense as Saffiedine is entering the UFC making his promotional debut and a fight with Condit would immediate indicate whether he is ready for the shark tank that is the 170-pound division. A win for Condit would propel him back up the ranks and add another quality name to the already impressive resume of the “Natural Born Killer”.

The actual match up would be fireworks as Saffiedine put on a kickboxing clinic in his title fight with Nate Marquadt in Strikeforce. Condit and Saffiedine could definitely put on a show.

Regardless of who will be Condit’s next opponent, stay tuned to SWFight.com for updates, fight announcements, breakdowns and analysis for all the local New Mexico combat sports updates and help us as we wish Carlos Condit a successful turn around as he looks to right the ship and get back on the Championship path.