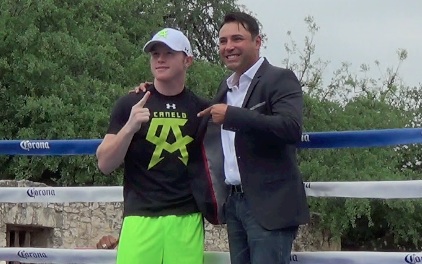 Last night/ this morning I only slept two hours. I slept through two alarms and woke up at 4:45am. My flight through American Airlines from the Sunport in Albuquerque, New Mexico to Dallas, Texas was to leave at 6:00am. Good thing my place is only 10 minutes from the airport, that might be one of the few benefits of living in the South Valley. That’s if you don’t count having exotic pets and as many cars as you would like in your front yard… but it was off to San Antonio, Texas to cover the days leading up to April 20th’s Austin Trout vs. Saul Canelo Alvarez world championship fight.

After a 30 minuted delay our flight was headed to Dallas. In the connecting flight from Dallas to San Antonio I sat next to a guy who couldn’t have been more than 20 years old. Skinny as a twig. He was carrying a large envelope. I didn’t think anything of it. After asking what San Antonio is like he replied “I’m actually from Pennsylvania and I’m headed there for bootcamp.” I thanked him for enlisting and I told him that I admired his decision to do so.

The poor kid had been traveling for two days in and out of airports due to American Airlines computer system experiencing a huge glitch the day before. The glitch grounded over 1,500 passengers and canceled 250 flights.

I arrived not knowing how I would travel through San Antonio on a daily basis. Something you would think I would have researched since I have been here and the damn city is the countries seventh largest. Nonetheless I went with the flow rented a car and immediately drove down to the Alamo plaza in downtown San Antonio. When I arrived there was a boxing ring set up 100 yards in front of the Alamo. Austin Trout had just gotten done wrapping up his workout and was headed back to his hotel. I was able to catch him and greet him as he jumped in the team’s black SUV.

Soon after a media scrum was held with Golden Boy Promotions Oscar De La Hoya. The media that was present was overwhelming Mexican. I ended the Spanish questions to the chagrin of some reporters and presented a few in English. Once De La Hoya finished answering questions Saul Canelo Alvarez would join him in the barricaded area to address the crowd, speak to journalists and sign autographs.

Here’s a recap of the how the day went…