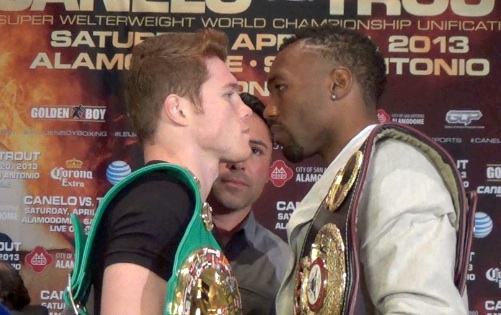 The presser was highlighted by the remarks of WBC Jose Sulaiman who spoke of the even playing field he and his organization has given Trout. The two had a conversation the previous evening where Suliman assured Trout, that he will receive a fair shake from the the judges.

The video below provides highlights from the press conference. Included are Omar Figueroa and Abner Cotto whom will be fighting one another in the co-main event of the evening.