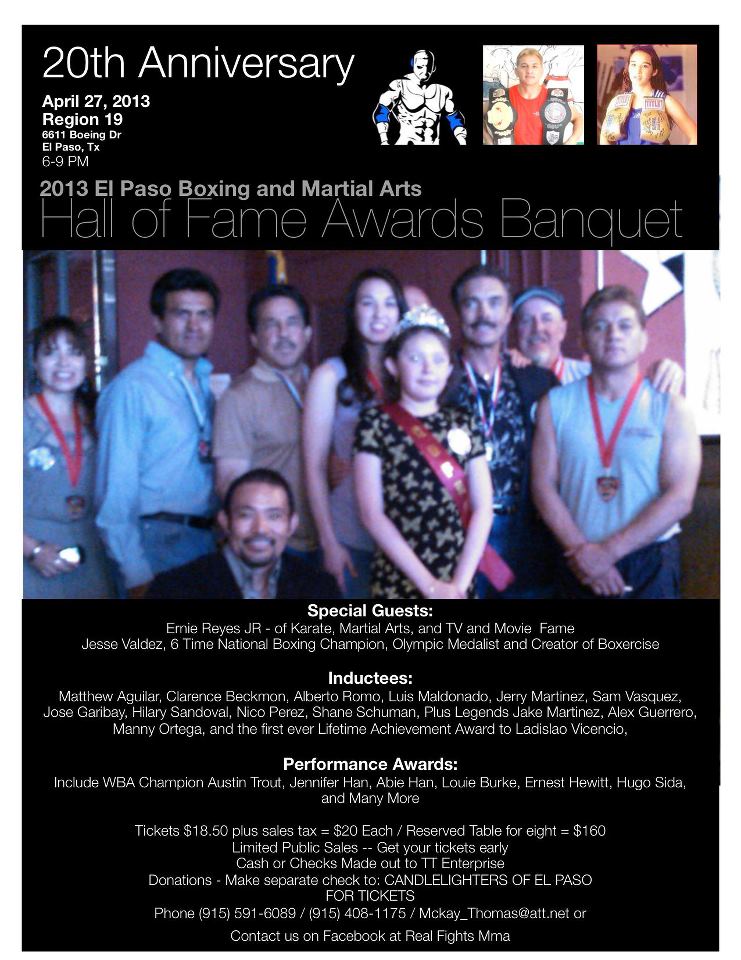 Tonight a large group of members from the combat sports community will be inducted  recognized at the 2013 El Paso Boxing and Martial Arts Hall of Fame Awards banquet in El Paso, Texas.

The ceremony will take place at Region 19 located at 6611 Boeing Dr in El Paso, Texas with the event expected to begin at 6pm. Tickets for the banquet start at $18.50 (tax not included) and a reserved table for eight prices at $160. There are limited public seats.

Donations for Candlelighters of El Paso will also be accepted at the event.