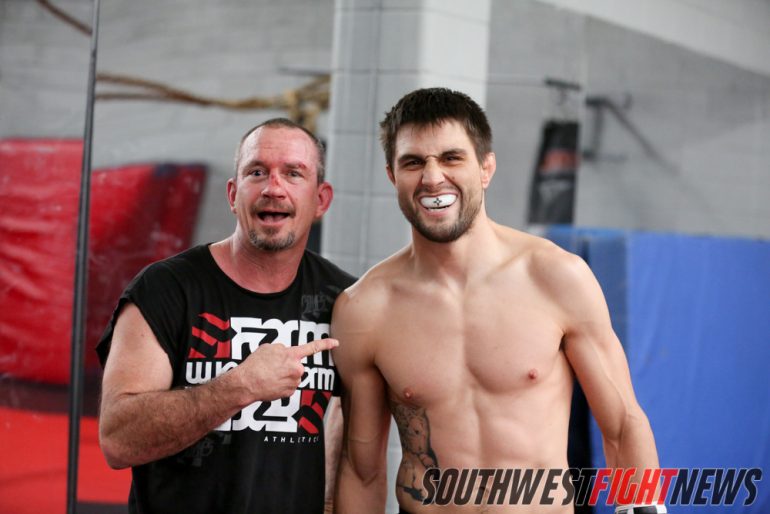 The sport of MMA is fast moving, and living in New Mexico means we have both native and locally based fighters competing seemingly every single week. March of 2013 will be no different as every weekend in March will have some sort of MMA action featuring our locally trained fighters. It has already featured Diego Sanchez earning a decision over Takanori Gomi at the UFC on Fuel event this past Saturday March 2nd.

Starting today, Bellator 92 will hit Temecula, California for the follow up show to last week’s event in Rio Rancho. Returning to action will be the explosive wrestler Willie “Slick” Parks (5-2) when he faces off with Keith Berry (13-10). Rocky “The Angry Aztec” Ramirez (4-3) will also make his Bellator debut against Brandon Halsey (2-0).

Two days later, King of the Cage hits the Ute Mountain Casino in Towaoc, Colorado on March 9th. The show titled “Roughnecks” will feature two fighters making debuts from the Rio Rancho Judgement MMA & Fitness gym. Josh Todd (pro debut) will be fighting in the Light-Heavyweight division and John Rozema (amateur debut) will be competing in the 155-pound Lightweight division.

The following weekend will be the most noteworthy as former UFC Interim Champion Carlos Condit (28-6) will face off with hard hitting Johny Hendricks (14-1) in a Welterweight contender fight that will launch the winner inches from a title shot. The evening’s main event will also feature the UFC Welterweight Title fight between Georges St. Pierre vs. Nick Diaz.

In addition to the Condit match up, Jackson’s-Winklejohn’s newcomer Quinn Mulhern (18-2) will make his UFC debut against the very tough Rick Story (14-6) in another welterweight bout. The lengthy Mulhern will enter the UFC on a very impressive winning streak from his Strikeforce run.

The next weekend, Friday March 22nd will be the night for RFA 7 in Denver, Colorado. The fight card will feature Las Cruces trained Billy Colon. Colon trains out of the Brutal Fight Team.

Finally, the last weekend of the month will be host to Bellator 94 which will be in Tampa, Florida inside the University of South Florida’s Sun Dome. The fight card hasn’t been completely released but announced is a Woman’s bout between Albuquerque’s Heather Clark (5-3) and the very popular Felice Herrig (8-4).

In the following days, March 29th will also be the date Las Cruces fighter Joe Torrez, teammate of Billy Colon will be flying out to Mexico City, Mexico for a MMA reality show called Reto de Compeones.

Stay tuned to SWFight.com for more fight breakdowns and event coverage throughout the month of March and as always be sure to stay current with the local athletes and the busy schedule our hard working fighters stay on pace with.