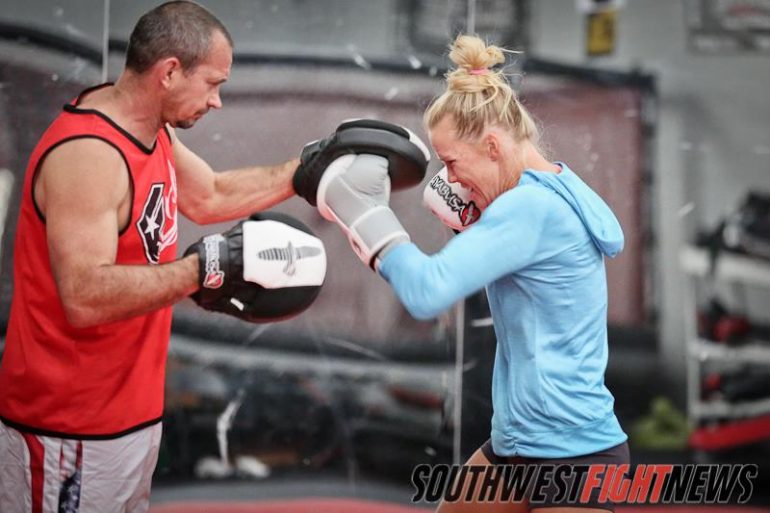 Last week we posted a question and answer piece with Cecilia Braekhus. In the Q&A Breakhus replied to several questions including why she thinks a fight between her and Holly Holm has not been made. Below are responses from Holly Holm’s promoter and management Fresquez Productions to Braekhus’ comments.

SWFight.com: We asked Cecilia Braekhus if she was surprised that Holly Holm announced that her previous fight would be in MMA, a day after the WBC ordered for the two of them to face off.

SWFIGHT.com: Why is it that you think the fight has not yet happened?

Fresquez Productions: The fight hasn’t happened because of negotiations. Concerns are purse, TV rights, location – but mostly purse. We are willing to pay but if Holly fights there, they are not prepared to pay purse.

SWFIGHT.com: Is a fight between Holm and Braekhus still possible for this summer?

Fresquez Productions: Not sure – they “call out” Holly then run; we’ve been in negotiations for more than two years to try and make this fight happen.

SWFIGHT.com: The Fresquez Productions camp says that Braekhus is avoiding Holm despite the fact that Braekhus made a video to challenge her. What would you like the people the boxing world know about the negotiations and why the fight is currently not happening?

Fresquez Productions: Holly Holm is the number one pound for pound fighter in the world – we don’t need this fight; we’d like to fight Braekhus but her team are sabotaging negotiation process. The “call out” was a publicity stunt.

*****
Commentary:
It appears the more discussions Fresquez Productions and Sauerland Boxing have about about a possible  superfight the less likely it is to happen. Both parties have strict stipulations they wish to add to a contract that the other party will not abide to.

A Holly Holm vs. Cecilia Braekhus contest is a once in a generation contest for women’s boxing and if the fight were not to happen the sport may never reach the level of mainstream appeal that women’s mixed martial arts is building. It is obvious that Holm’s camp realizes this. She is a true athlete and talented enough to be champion in both sports and they are not letting her talents go to waste.

Braekhus on the other hand could continue to fight in Europe as both a main event attraction or on world championship male boxing undercards and still make a decent living.

Does either women need this fight to validate their spot in women’s fighting history? No, both have accomplishments and accolades that would place in the top five ranking of all-time but as contemporaries (additionally, both are as the same age of 31) they will forever be judged by boxing historians and aficionados for not fighting the best opponent of their generation.