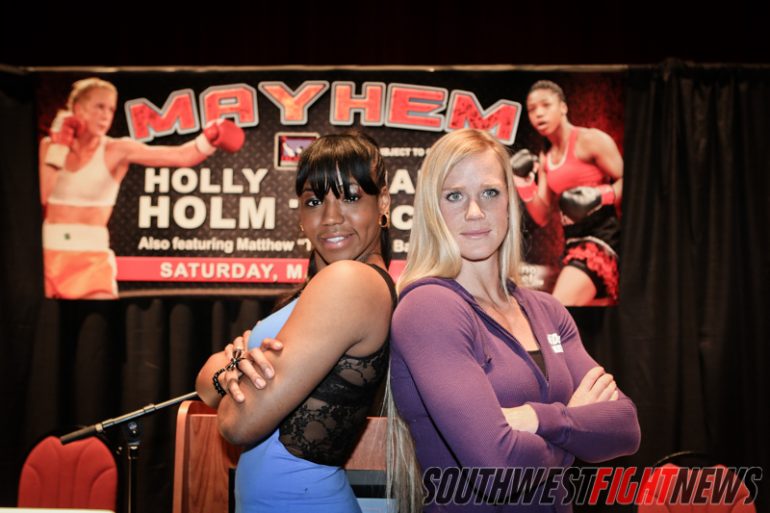 At a press conference earlier today Fresquez Productions announced that Holly Holm (32-2-3, 9KOs) will be defending her IBA light welterweight championship against Mary McGee (20-1, 11KOs) at the Route 66 Casino just outside of Albuquerque, New Mexico. The fight card has been dubbed “Mayhem”.

McGee hails from Gary, Indiana and is coming off of a one-sided TKO victory over Albuqeurque’s Victoria Cisneros. This will be the first time McGee who is on a three-fight win steak will challenge for a world championship.

Rounding up the card will be four local fighters who are still looking for opponents; Fresquez Production’s only other signed fighter Matthew Baca, the return Brian “El Torito” Romero, and a pair a debuts when Gabe Gabaldon and Brian Mendoza step into the ring in respective bouts.