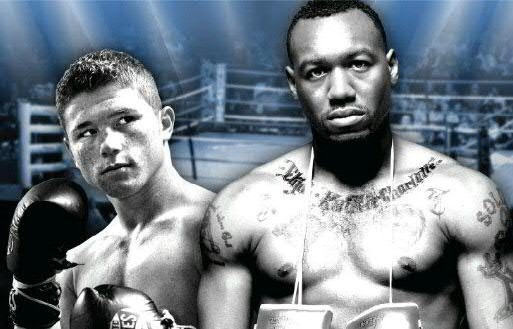 Fresh off of a two-day 3-city Texas tour last week, promoting next month’s fight against Alvarez, Trout presser in Las Cruces was held for local New Mexico and El Paso media. Trout and his long time trainer Louie Burke fielded question from both the media and some question from fans via Twitter.

Austin Trout: I’m not leaving the Alamodome without my belt without his belt and without my undefeated record and I’m sure he’s thinking the same thing so that’s a good formula for explosion.

Austin Trout: Our plan for attack is to impose our will on him. Through the 40 fights he’s had his way. I would like to see what happens when he doesn’t have his way, when we take him out of his comfort zone.

Austin Trout: For me it’s all about the belt. His brother had a belt and he has a belt. I took it from his brother and it just so happens I’m gonna have to take it from him too. It’s my legacy that he’s in the way of and that’s more personal to me than someone beating up my little brother of little sister.

Louie Burke: We had a great formula for Cotto in our training. We’re just emulating a lot of what we did with Cotto as far as the training goes.

Austin Trout: My loyalty is with the WBA and I’m going to stick with them. I do want that WBC belt but if they wanna make me give up one I’m gonna go with the organization that’s been rocking with me and representing me.

Austin Trout: The only way they can take my belt away from me is if… they steal it from me.