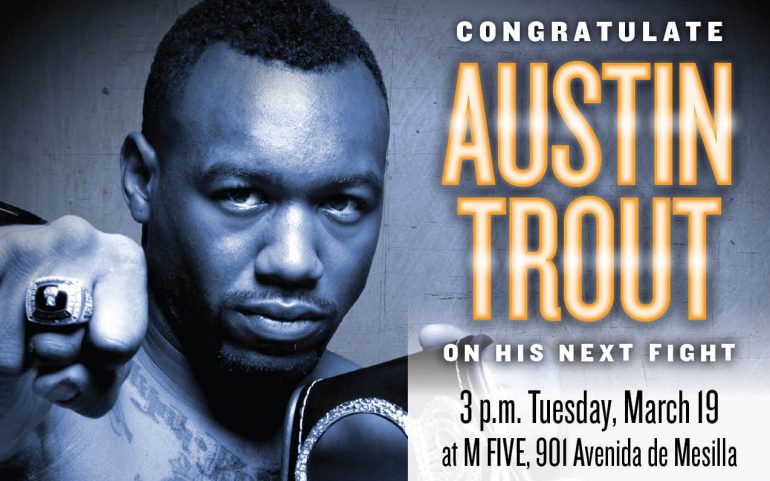 Fresh off of a two-day 3-city Texas tour last week, promoting next month’s fight against Alvarez, Trout will hold a presser for local New Mexico and El Paso media.

The public is welcome to meet with the Trout once the presser concludes at 3pm.

For those interested in viewing the press conference and unable to attend, it can be viewed at http://new.livestream.com/GrayBoxStudios/AustinTroutpressconference starting tomorrow at 2P.M.