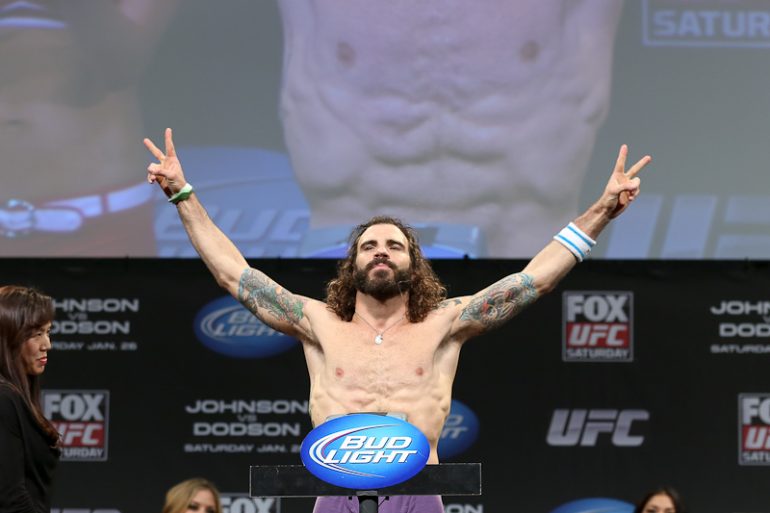 “I want to thank everyone at Gracie Barra in Albuquerque,” said Guida. “I want to thank Barata and Tussa and all those guys for helping me with my jiu jitsu and defend ‘daddy long legs’ in Hioki.”
[youtube id=”mi0UskcmVso” width=”600″ height=”350″]

Guida is one of the regulars at the Friday black belt live training held at the Gracie Barra’s East Side Location. Guida is one of many UFC fighters that frequent the class. Guys like former UFC Welterweight Champion Carlos “the Natural Born Killer” Condit, former Lightweight No. 1 contender and The Ultimate Fighter Season 1 winner, Diego “the Dream” Sanchez, TUF 14 winner Diego “Caeara” Brandao, Isaac Vallie-Flagg, who will make his UFC debut at UFC 156 this weekend, UFC vet Cub Swanson and others visit Gracie Barra’s world champion instructors to sharpen their knowledge and prepare them for upcoming fights.