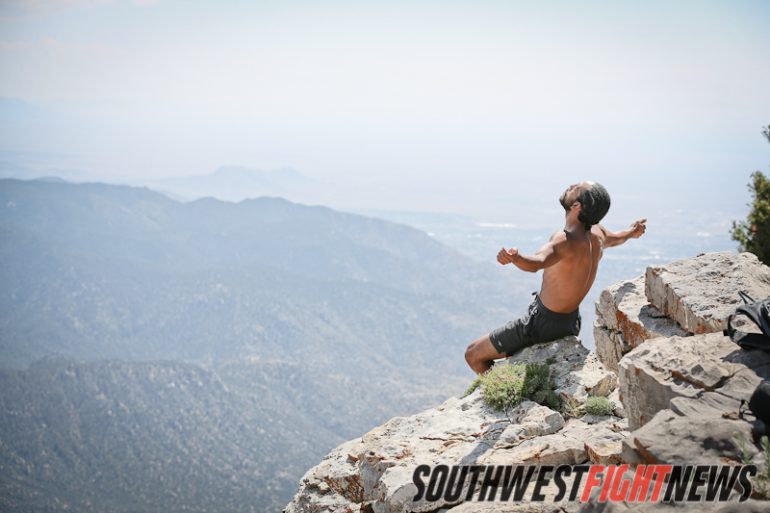 The New Mexico combat sports community has been buzzing ever since the announcement of Bellator’s February 28th event to take place at the Santa Ana Star Center. While Rio Rancho is sure to expect a full house in Bellator’s debut show in the state, the buzz has heavily been around the announcement of the local talent that will now be part of the Bellator roster. Big names like Holly Holm, Angelo Sanchez and Josh Montoya are only a few of the fighters set to compete in this highly anticipated event.

One fight in particular featuring local fighters has seemed to draw the interest of two major factions of fans in the Albuquerque and Rio Rancho area is the one between Jackson-Winklejohn’s Nick Gonzalez (3-0) and Judgement MMA’s Adrian Cruz (3-0). The match up is shrieking in relevance.

The two bantamweight fighters have identical records and are looking to make a late push towards legitimacy riding high on their winning streaks. The two fighter are in a similar place in their careers; however, the two couldn’t be more different inside the cage in terms of each fighter’s skill set.

Rio Rancho’s Adrian Cruz, is the definition of a sledge hammer inside the cage as his wrestling is smothering and his power is fight changing. While the stand up game of Cruz is dangerous because of the fight stopping power, his grappling game is also based on his strength. His ability to hold top control and land punches from the position makes him very lethal against fighters who do not attack well or adjust well from their back.

Counter striking is almost certain against Cruz, as his forward pressing style and aggression consistently has opponents back pedaling. While fighters are forced to counter, that doesn’t always lead to success as the big punches from Cruz can fold just about any 135-pounder and when he is in close, Cruz has a wrestling acumen to get the fight to the ground.

Gonzalez may be every bit the opposite of Cruz in their style of fighting. Utilizing very technical and precise striking, Gonzalez has no problem remaining diligent and patient until an opening comes and when he finds it, he is crisp and straight,  avoiding the chance of his opponent catching him recklessly. From there, Gonzalez is a very crafty grappler as he has finished three of five professional and amateur fights by way of submission.

Gonzalez doesn’t lack the strength of a bantamweight but he doesn’t possess the rare power that Cruz possesses, instead the contrast lies in Gonzales using his technical prowess more often than not when a fighter on the ground leaves openings for a sweep or submission. The match up will be simply that ideology, whether technique trumps power or whether aggression will swarm counter striking.

The two 135-pound fighters will have excellent preparations in this fight as Gonzalez will be trained with all the top caliber teammates that the Jackson’s-Winklejohn’s camp boasts as well as being trained by striking coaches Brandon Gibson and Mike Winklejohn. Cruz will be under the tutelage of Scott Marlowe, so it is safe to say both fighters will have a heap of experience in their corners and will come into the fight exceptionally prepared.

The difference in the fight may come down too which fighter is mentally more prepared to take this fight away from the other. Both Cruz and Gonzalez contrast heavily in their skill sets and while the fight may be a chess match; the advantage in the mental toughness aspect of the fight may determine the winner. Will Cruz be able to push forward if his aggressive style is countered by Nick or will Gonzalez be able to remain composed under pressure when his technical prowess doesn’t stop Adrian’s power?

This will be an exciting one fight fans! Stay tuned to SWFight.com for more fight coverage and breakdowns, as always support our local athletes by coming down to watch Bellator 91 on February 28th at Santa Ana Star Center.

[…] highlight of the undercard undoubtedly was the announcement of Judgement MMA’s Adrian Cruz vs. Jackson-Winkeljohn product Nick Gonzales. The two fighters were undefeated headed into the bout and it was the start of a common theme that […]