Andres Quintana No Stranger to Being a Late Replacement 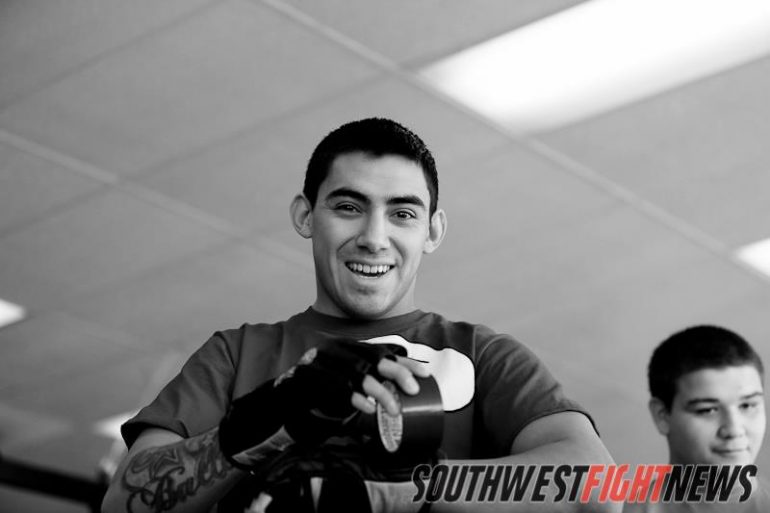 In April of 2012, Mean1MMA’s Andres Quintana pulled off quite possibly one of the greatest upsets in New Mexico MMA history by defeating Yoatzin Meza in the latters home state of Arizona.

“I thought my training partners all along would make up for that experience,” says the Roswell, New Mexico native who trains with the likes of the UFC’s Diego Brandao, Bellator’s Brian Baker and Travis Marx.

Just eight months after his fight with Quintana, Meza would go on to make his promotional debut with the UFC against Chad Mendes. The victory Quintana says was a confidence booster but at a the same time a curse.

“I had nine fights fall through in the past year because of that fight,” says Quintana. “[Possible opponents] see my record so low and they want to pad their records.” That is until they realize who he stopped by TKO in his last bout.

If you have ever met Quintana you would not be surprised that he is as calm going into his Bellator MMA promotional debut as he is, this Thursday against Lovato Total Fitness’ Russell Wilson on two weeks notice.

“It’s a blessing to me and a big opportunity,” says Quintana who replaces an injured Felipe Chavez.

SWFight.com’s “Opinion Round Up” – Bellator 91 Edition