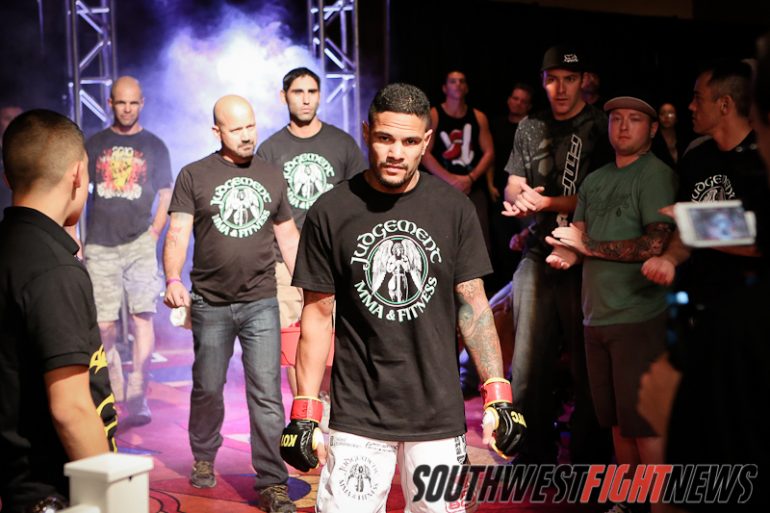 Success comes as a result of the work we do when we are presented with opportunities, but what if the opportunity is not specific toward a goal we are striving for? Sometimes just a second chance at life can lead you to open your eyes to new ventures. Opportunities can arise at any moment; when we least suspect them, when they are most needed, and sometimes at the expense of punching a friend in the face.

In 2001, Adrian Cruz and a friend were involved in a serious car accident. The incident took place when Cruz, a passenger, went off-roading with a friend late one night. A cliff was mistaken for a steep hill by the two. When the companions tried riding down the hill, the truck’s back tires slid out and sent the truck rolling down the hill an estimated 40 times. The impact ejected Cruz from the vehicle breaking his legs in the process. He would have to be airlifted to the hospital.

“Life is very, very delicate and I could have been dead very easily at that point in time,” says Cruz who would spend more than six years rehabilitating and fully healing from the injuries suffered in the accident. “I’ve been looking at everything, as far as my life, as an opportunity and I just want to make sure that I put everything into any opportunity that I get.”

Even it presents itself in the form of a mixed martial arts fight against a friend.

Cruz (3-0), of Judgement MMA, will be participating in February 28th’s Bellator 91 card at the Santa Ana Star Center in Rio Rancho, New Mexico. He is scheduled to face Nick Gonzalez (2-0) of Jackson’s-Winkeljohn’s MMA in a bantamweight bout. The two men are well known by local fight fans and even consider each other friends.

“We’ve been in each other presence a lot for this fight,” says Cruz. “We say ‘hi’ and give each other a hugs every single time. We’re just excited…”

Cruz originally moved to Albuquerque, New Mexico from Salinas, California, at the age of fifteen. Growing up, Cruz participated in junior wrestling. His training was heavily influenced by his grandfather and cousins. He would continue through the tiers and upon his move to Albuquerque would join the wrestling team at Cibola High School. There he trained on the same team as former Interim UFC Welterweight Champion of the world, Carlos Condit.

After fully healing from his accident Cruz felt out of shape. That is when he decided to try out MMA in Rio Rancho. Within 6 months of starting his training Cruz would participate in his first MMA fight. That same year he would later go on to win the 150lbs Beginner’s Division at Grapplers Quest.

Two years later Cruz would make his professional debut as the co-main event at Evolution 2’s event in Clovis. His next two bouts would come with the popular regional circuit King of of Cage. All three of Cruz’s professional fights have taken place within the state of New Mexico. The biggest contest of his career is to take place exactly a week from now, as Cruz will have his chance to display his skills in front of a national audience on the Bellator 91 card against Gonzalez. Cruz says it is a long way and time from that dark New Mexico night that almost ended his life.

“Those injuries are just a memory,” says Cruz.

[…] Bellator 91 which was Bellator MMA’s first event in New Mexico. The submission occurred in a match-up that was highly anticipated amongst local fight fans and the end result ended basically opposite of what many expected as the man earning the submission […]