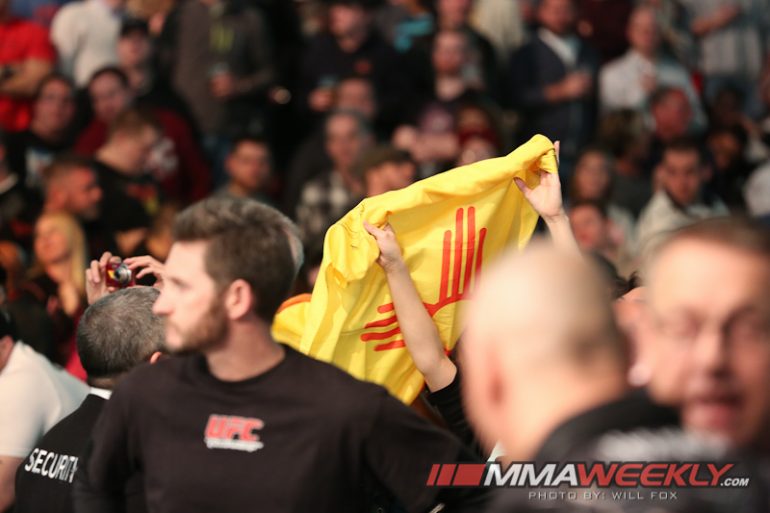 Giving the fighters a little extra time to sleep I jump in a taxi with coach Gibson to meet up with coach Winkeljohn.

The destination was the Willis tower (formerly known as Sears Tower), but due to a 45min wait we decide to explore the city of Chicago by foot.

We make it back to the hotel to find Clay Guida.

dd”The Dude” getting ready to go out.

Calm before the storm.

Sean Spencer getting a nasty eye poke by Rafael Natal

Shawn Jordan finished Mike Russow at 3:48 in the second round

T.J Grant at the other end of some nasty elbows form Matt Wiman

An amazing liver kick dropps Donald Cerone in the 1st round.

New Mexico fans are the best.

John Dodson drops Demetrious Johnson for the second time in the 2nd round.

The Sandias from the plane. Home.

Why Was John Dodson Eating Pop Rocks During his Weigh-In?