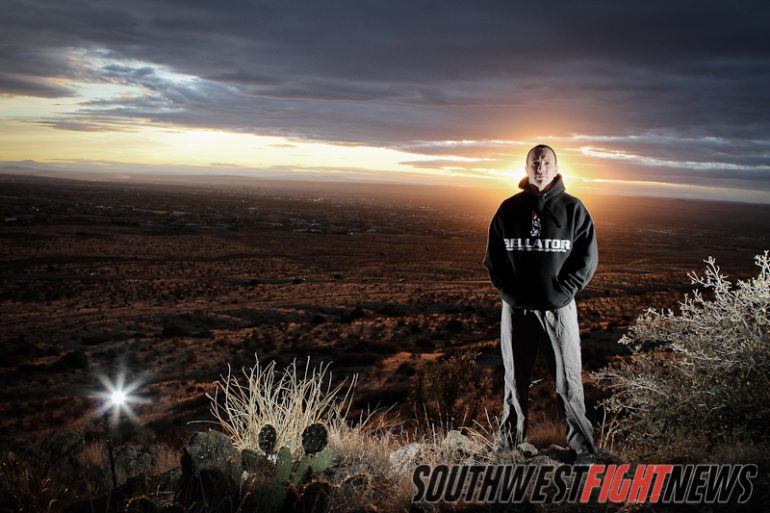 Travis Marx (19-4-1) says he will be making his return to the cage in his native state at Bellator 90. The Roosevelt, Utah native will face Chase Beebe (24-8-1) Thursday February 21st at the Maverik Center in West Valley City.

“I have a huge network in Utah,” says Marx whose parents and three of his brothers still live in the state. “The last time I fought there I sold almost over $14,500 worth of tickets on my own.”

That evening at Showdown Fights 3 in Orem, Marx would pull off a huge split decision victory over Trevor Mellen, whom at the time was 9 and 1.

In April of last year, Marx upset Masakatsu Ueda in the quarterfinal of Bellator’s Season 6 Bantamweight Tournament. He would go on and drop the semifinal match in his last contest to eventual tournament champion, Marcos Galvao.

His inactivity with the promotion from there was a mystery. Marx he says he was not hurt but was told to lay low as he would be participating in another bantamweight tournament. That tournament has yet happen as the previous one will not declare a winner until next month.

After not hearing from the promotion in more than seven month’s Marx decided to reach out to Bellator matchmaker Sam Caplan. After several email exchanges with Caplan, Marx says he received a response from the organization stating something to the regard of, Hey Travis, we appreciate you being patient… we will for sure put you on the Salt Lake or the (February 28th) Albuquerque (Rio Rancho) card.

“It was nice to get a break. I had fought twice in 5 weeks,” says Marx. ” But after the summer and into the fall I was ready.”

Marx recently had another child at the end of 2012 and felt that he had to provide for his wife and two other son’s, a nine and a six-year-old. His part-time job as the Program Direct at Jackson’s Martial Arts and Fitness was helping but is not enough to support his family.

“This might be my last fight. I just had another baby I’m ready to support my family,” says Marx. “I’m still in great shape I can continue. I’m 35 years old. My goal is to stay alive and do what I love.”

Marx’s contract with Bellator states that he is allowed to fight with other promotions as long as his bouts are not televised. He was not been shy in letting the media and Bellator know that he is exploring other options.