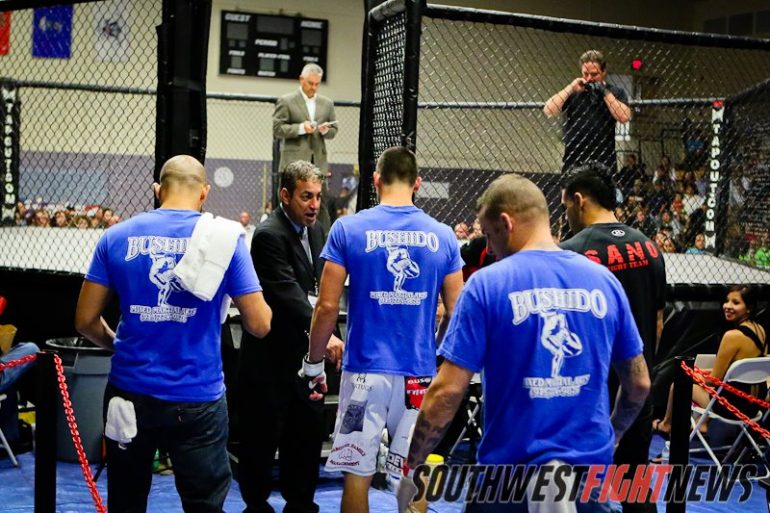 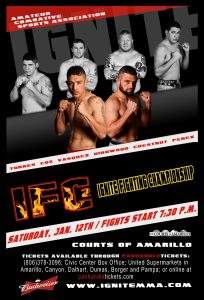 SWFight.com’s Amateur Fighter of the Year Armando Rivas (5-0) will be making his 2013 debut on the card. He will be accompanied by Bushido teammates Eddie Gamboa (3-0) and Juan Acosta who will be making his amateur debut for the gym.

The doors for the fights open today at 7pm. The Courts of Amarillo Sports and Events Center is located at 1111 East Loop 335 South Amarillo, TX 79118

Tickets can be purchased at the Civic Center Box Office, United Supermarkets in Amarillo, Borger Canyon, Dalhart, Dumas and Pampa or online at http://panhandletickets.com/event_information.php?id=8594