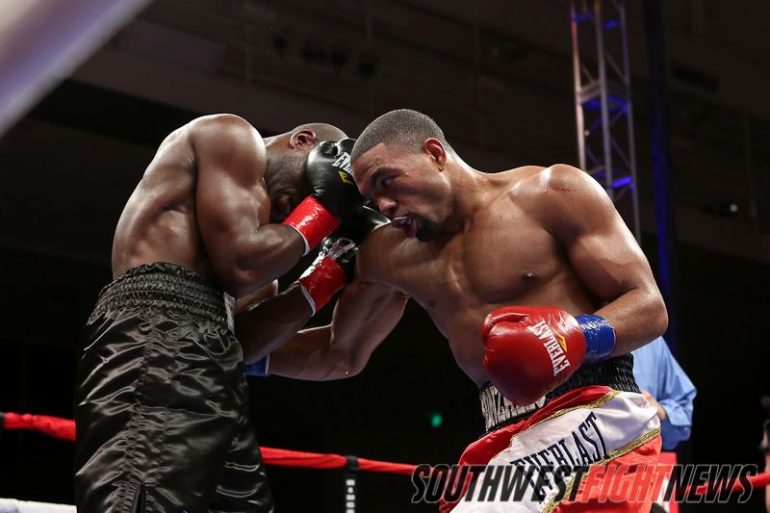 defeating a game Don Mouton. Gonzales lured Mouton into an inside battle for much of the fight. Gonzales would occasionally take advantage of his height and arm length advantage and fight beautifully from the outside.

The Californian worked the body for the majority of the eight round fight but was urged by his trainer Virgil Hunter in the final round to elevate his punches to Mouton’s head.

A competitive Mouton did not throw enough to threaten a victory but did land some huge hooks on Gonzales whenever the prospect would close the distance.

“I could have dominated a little more from the outside,” said Gonzales. “We made the adjustments during the fight and made the fight a little harder than it had to be.”