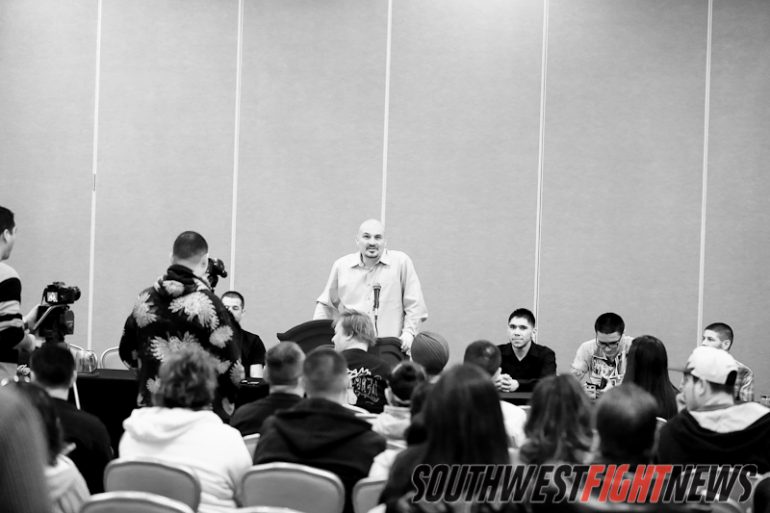 During the press Team Tapia officially announced that the mixed martial arts portion of the bill has been dropped completely. Five boxing matches will now make up the night’s action. The organization did mention that it hopes to incorporate MMA bouts into future shows.

There were no major changes to the boxing fight card that has taken its final shape over the past week.

A major emphasis was put on the Brenda Gonzales vs. Amanda Crespin bout at the press conference. Many believe the fight will steal the show Friday night as both woman have built their reputation as tough fighters. It also goes without saying that the two women at one time served as one another’s sparring partners.

“I really didn’t change anything,” said Crespin of her style since last sparring with Gonzales two years ago. “My game plan is to out-skill her… It’s going to be fight of the fight.”

The weigh-ins for the fights will be held Thursday afternoon at 2pm at Sneakers Sports Bar with the bouts set to take place the following day at the Crowne Plaza Hotel at 7pm.

Tickets can be purchased at http://johnnytapiapresents.com/