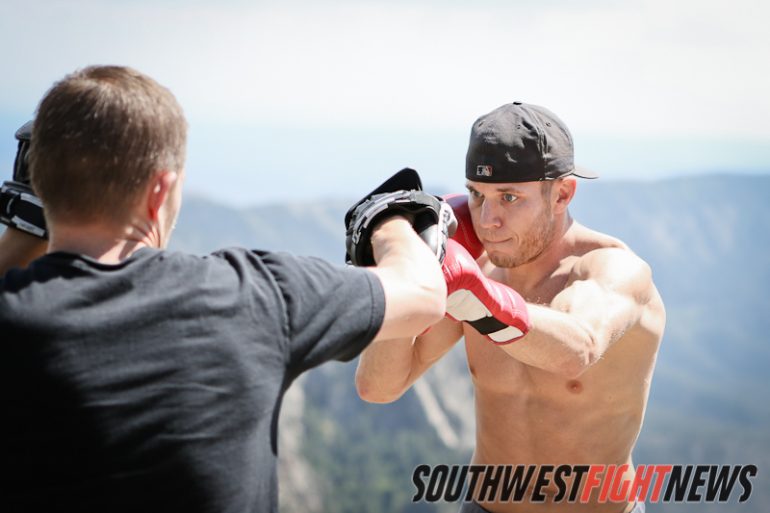 Another New Mexico-based fighter has joined Bellator Fighting Championships. Recent signee, Hunter Tucker (4-0), representing the Jackson’s-Winklejohn’s gym, will take the next step in his already successful career as he looks to make his promotional debut January 26th at Bellator 86.

The event will be held inside the Winstar World Casino in Thackerville, Oklahoma less than two hours away from his hometown of Wichita Falls, Texas, and will be highlighted by the Bellator welterweight title fight between Ben Askren and Karl Amoussou.

Tucker will be taking a large leap in his young career that has only spanned four professional fights, staying undefeated in his regional run at the professional and amateur level. Tucker was last seen impressively and diligently dismantling Nate Patterson at the Jackson’s MMA Series 9. The ever improving Tucker has shown vast strides in his striking acumen to compliment to his already dangerous grappling that earned him several submission victories.

Standing in the way of Tucker’s next step in his career will be Team Lutter’s Javier Obregon (4-3) fighting out of Fort Worth, Texas. Obregon will bring with him wins by decision, knockout and submission, and should be a formidable test for one of New Mexico’s top prospects.

As always stay tuned to SWFight.com for more coverage and fight results for Hunter Tucker’s first fight for Bellator and tune in to watch and support our local athlete.