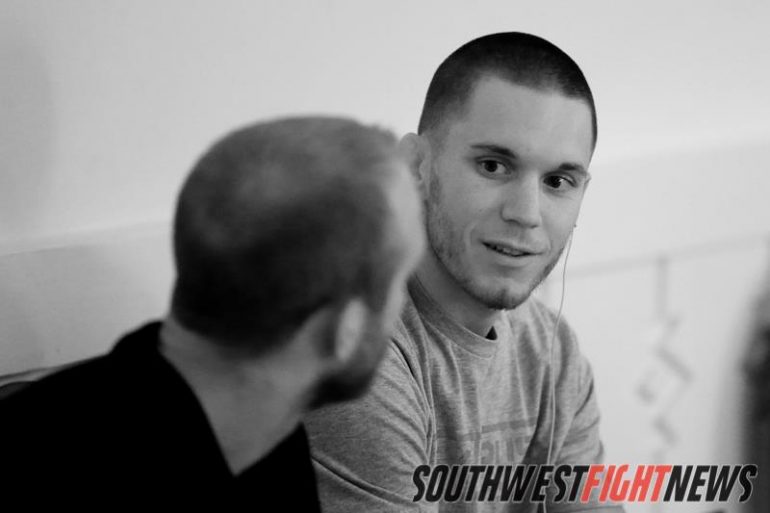 Last year’s SWFight.com New Mexico/El Paso Mixed Martial Arts Prospect of the Year Hunter Tucker of Jackson’s-Winkeljohn’s, will be making his promotional debut with Bellator Fighting Championships tomorrow night in Thackerville, Oklahoma’s Winstar World Casino. Greeting him in the cage will be Javier Obregon (4-3) who coincidentally fights out of Tucker’s hometown of Fort Worth, Texas.

The venue also played host to Tucker’s first professional fight in June of 2011.

Check out our interview with Tucker. In we discuss his quick rise up the ranks and making his debut with a large promotion only a few hours from home…