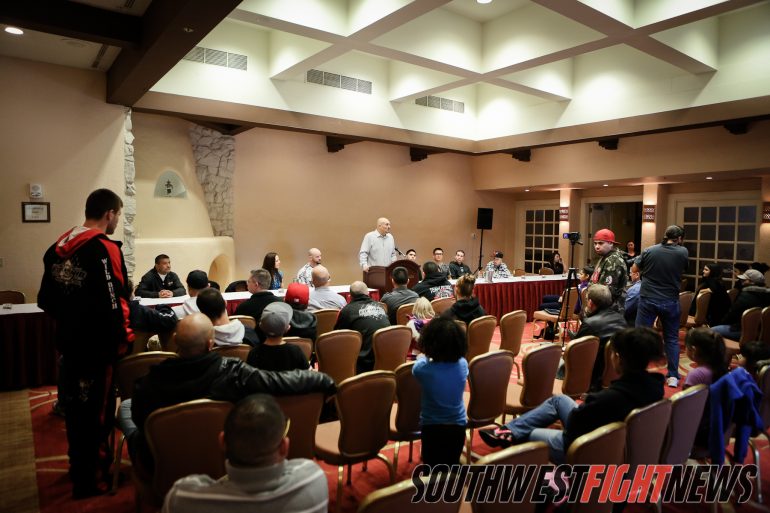 Earlier today at the Crowne Plaza Hotel in Albuquerque, New Mexico, Team Tapia formally announced their next Johnny Tapia Presents card to take place February 1st at the hotel. The fight card will be a hybrid event with both boxing and mixed martial arts matches.

The the main event will feature Josh Torres (9-2, 4KOs) against an unnamed opponent while fellow teammate Hector Munoz is billed in the co-main event and also looking for an opponent.

In the only other set bout, Paul Castillo (1-0 1 KO) of Santa Fe faces Suanitu Hogue (debut) of Farmington.

Fighting out of Albuquerque’s Team Old School, Yorden Hernandez (2-0, 1KO) will be making his return after a 10-month layoff. His opponent is also yet to be announced.

Fighters scheduled to participate on the MMA portion of the bill are Josh Lanier (3-6) and Lynae Lovato (0-2) both fighting out of Lovato’s Total Fitness. There opponents will also be named at a later time. The gym’s owner Lenny Lovato is assisting the event with MMA matchmaking.