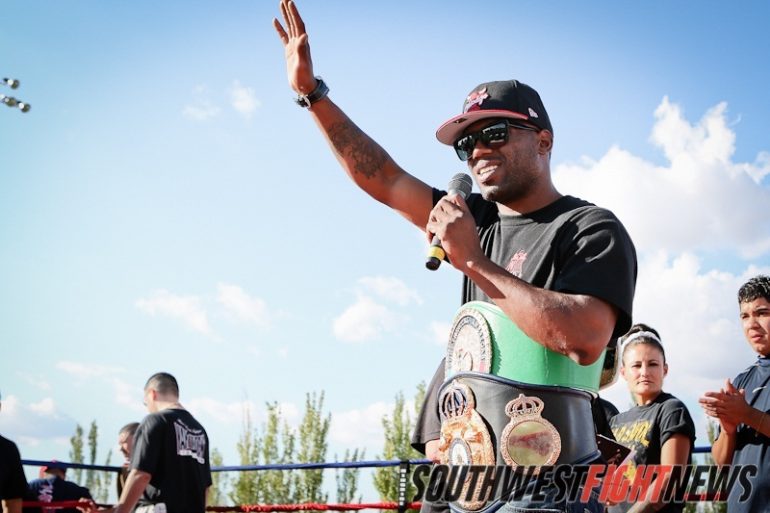 After one of the greatest performances in New Mexican boxing history on Saturday night, Las Cruces’ WBA Super Welterweight Champion Austin Trout will be arriving at the El Paso Internationl Airport tonight following his victory over future hall of famer Miguel Cotto.

The victory catapults Trout to the upper echelon of the 154-pound super welterweight division and in the sport of boxing.

For those interested in welcoming home Trout, his flight is scheduled to arrive at the El Paso International Airport at 09:56 p.m. this evening on United Airlines flight 5237. A gathering of supporters will be in the welcoming area at the airport.