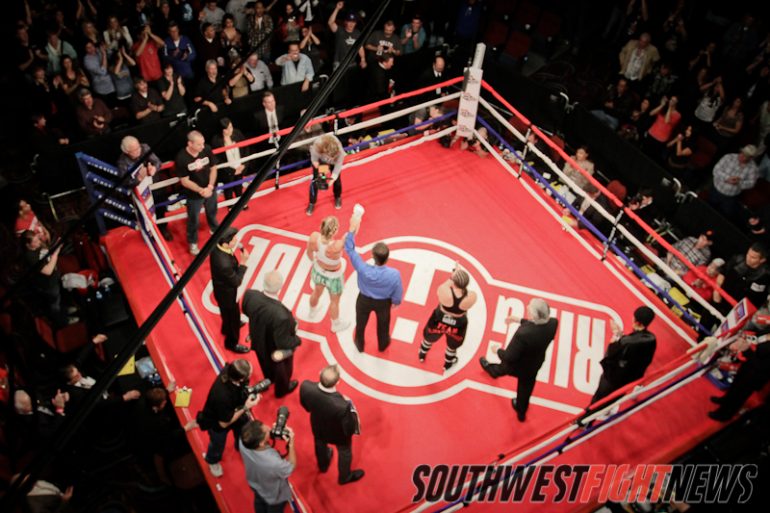 Hollly Holm dominated Diana Prazak. After the contest Holm and fans in the venue were shown the Cecilia Braehkus’ call-out video.

In what might be the story of the year, El Paso’s Bushido MMA improved their 2012 record to 26-2 as their top pro Hugo Sida claimed the Sugar Creek Showdown Middleweight title in Oklahoma.

Evgeny Gradovich defeated Willie Villanueva via TKO at 2:06 in the 7th round.

Daron Cruickshank def. Henry Martinez (Jackson’s/Winkeljohn’s MMA)via 2nd KO (high kick) 02:57.
FIT NHB’s Tim Means was scheduled to face Abel Trujillo, but had a mishap during his weight cut when he slipped near a pool.  Means was taken to the ER and was later released.

Holm Outpoints Prazak While Valdez KOs Montes in a Classic

Where can I bet on the Oscar Valdez vs. Jason Sanchez fight? What are the odds?