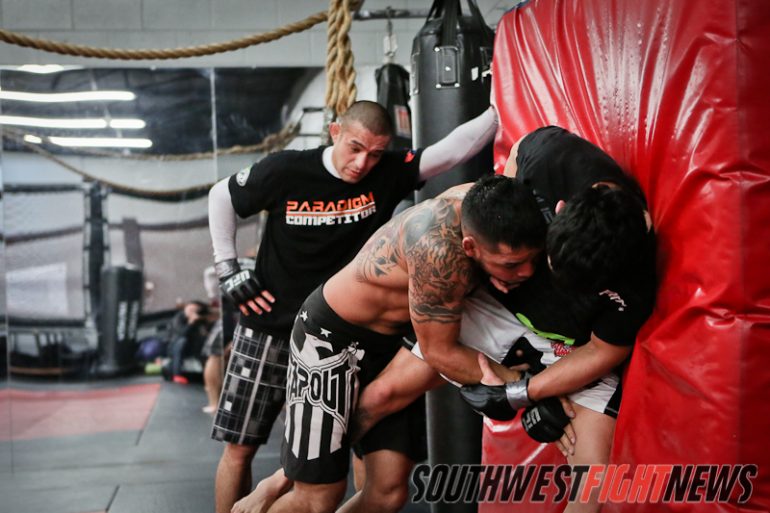 There are fighters that  fans will always pay to see because of the sheer entertainment value they know they will witness from them. In boxing, up until his retirement this weekend, it was Jorge Arce, in mixed martial arts that fighter is arguably Leonard Garcia.

Since first making his debut with the UFC against Roger Huerta at UFC 169, mainstream MMA fans have expected to see nothing less than a slugfest whenever Garcia (15-9-1) steps into the cage.

Garcia has won seven “of the Night” awards between his two stints with UFC and WEC since 2007, totally in over $257,000 worth of bonuses. His six “Fight of the Night” and one “Knockout of the Night” performances have made him a fan-friendly fighter but the style in which he engaged in those contests is something Garcia is looking to stray away from.

“I’m tired of showing my heart,” says Garcia as he prepares for his December 29th fight at UFC 155 in Las Vegas, Nevada. “I’m ready to show my skills.”

Up until today, Garcia was set to face former TUF Season 12 competitor Cody McKenzie. An injury sustained during training has forced McKenzie out of the contest, leaving Garcia temporarily without an opponent.

In his last outing, Garcia took on Matt Grice with what he says was a fracture above his right ankle. An injury Garcia says he sustained after kicking the knee of Jackson’s-Winkeljohn’s MMA teammate Clay Guida, during a sparring session.

“They say a wounded animal is the most dangerous,” says Garcia. “That’s not the case in UFC. If you’re wounded you’re at a disadvantage.”

The injury has kept him outside of the cage for six months. Coming off a career worse three consecutive losses, Garcia used the setback to reflect on his career.

“I got the super star syndrome,” he says.  “I had to swallow my pride and realized that I wasn’t as good as I was.”

The constant praise he received from both fans and fellow fighters about his performances win or lose, he says strayed him away from his blue-collar roots and faith.

“(Fighters) need to get slapped every now again with a little reality and that’s what it took,” recalls Garcia. “I’m hoping that all this hard work pays off.”