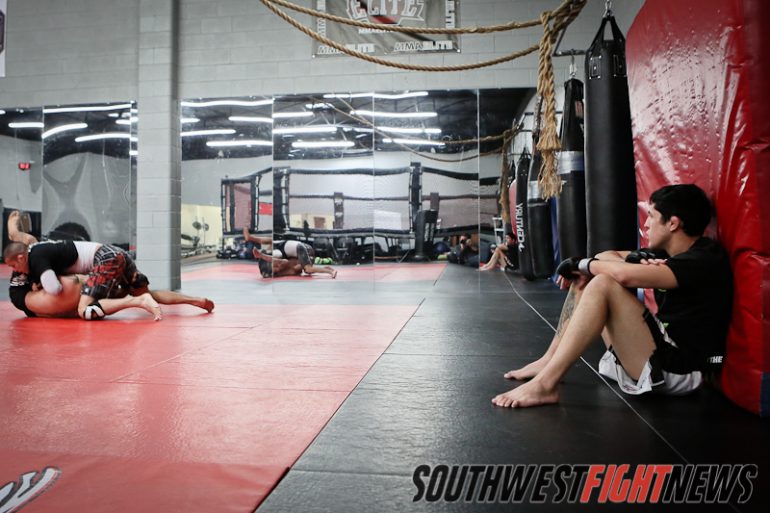 Despite the strong presence of Mexican fighters in boxing, it is quite astounding that Erik Perez (12-4) is the only native Mexican in the UFC. The Jackson’s-Winkeljohn’s Mixed Martial Arts product does not mind being a bearer of the torch for Latin America.

A sport that was once underground south of the United States, is now coming into fruition in a country dominated by soccer and boxing.

“Just five years ago no one knew what this was,” says Perez of countrymen. “Now everyone trains; they know a little bit (about the sport) and they watch the fights.”

The UFC appears to understand the importance of the Latin American demographic and have been using Perez as a public relations tool for Spanish-speaking networks in the United States and Mexico.

On December 29th, Goyito—as he is known to close friends and relatives—will be facing Byron Bloodworth at UFC 155 in Las Vegas, Nevada . The card’s main event is set to feature two of the most popular Latin American heavyweights, Junior Dos Santos and Cain Velasquez, in a rematch of their December 2011 contest. Perez’s bout will be shown on the prelimanary portion of the card on FX in the United States and on Fox Deportes across Latin American.

Check out our interview with Erik “Goyito” Perez. It has been translated and transcribed into English for those that are Spanish impaired…
[youtube id= “SOpEz5HYaJ8″ width=”600″ height=”350”]