Over the weekend we saw New Mexico lose one of it’s three world championships Albuquerque’s Carlos Condit fell to Georges St-Pierre via UD, to unifying the UFC Welterweight Title. Condit was dominated for more of the fight on the ground but saw his share of success standing.

Over 800 fans showed up to the Crowne Plaza Hotel to witness the first Team Tapia boxing card since the passing of 5-time world champion Johnny Tapia.

At the end of the contest between Marquez and Alexander, Fidel Maldonado Jr. would make his way ringside and call-out Marquez.

“I felt that he’s been ducking me since forever,” said Maldonado. “We never fought in the amateurs; well let’s make it happen in the pros then. It’s a fight I’ve always wanted and a fight that I know everbody wants.” 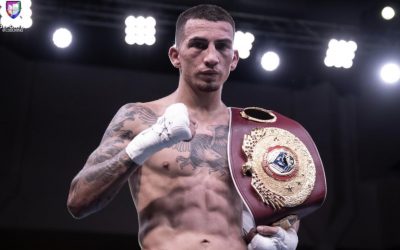